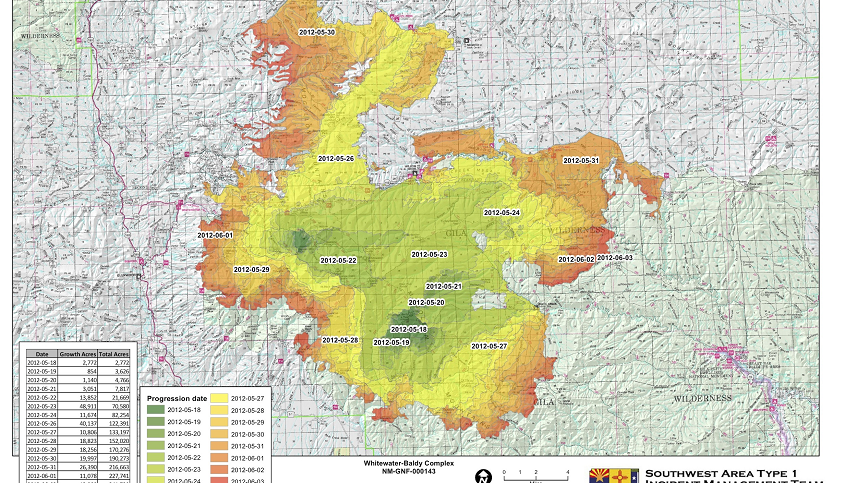 Recently, the Hillsborough River in Florida was flowing at more than 3,020 cubic feet per second, with the river’s surface being at 31.48 feet above sea level until it dropped just before it reached a flooding level.

The National Weather Service warned of a risk of severe thunderstorms in Kentucky, while in Tennessee high winds were capable of blowing down a 10 inch tree.

And in Arizona, a fire burnt through over 19,000 acres of woodlands due to a lightning strike.

Each potential disaster mentioned above was marked on a series of interactive online maps maintained by Esri, a provider of geographical information.

Esri is offering the public free access to parts of its ArcGIS Living Atlas of the World, which is a database of maps that shows historical and current information on natural disasters, such as earthquakes, wildfires, severe weather, and floods.

Up until recently, Esri provided the “disaster data” only as part of a subscription service, but now the service is open source and open to the general public.

The maps gain their data from several different sources, including the National Weather Service, the Forest Service, and the United States Geological Survey. Claimsjournal.com mentions that all the sources are part of Esri’s Disaster Response Program.

The Disaster Response Program was created in response to the 1994 Earthquake in Los Angeles.

Esri’s mapping software greatly increases the situational awareness of emergency management agencies. It offers officials the ability to view the most damaged areas in a disaster and to plan accordingly.

The increasing severity of natural disasters prompted Esri to offer free public access to its weather and disaster live feeds. “Those events are stronger, bigger and cover larger areas than ever before,” according to the company.