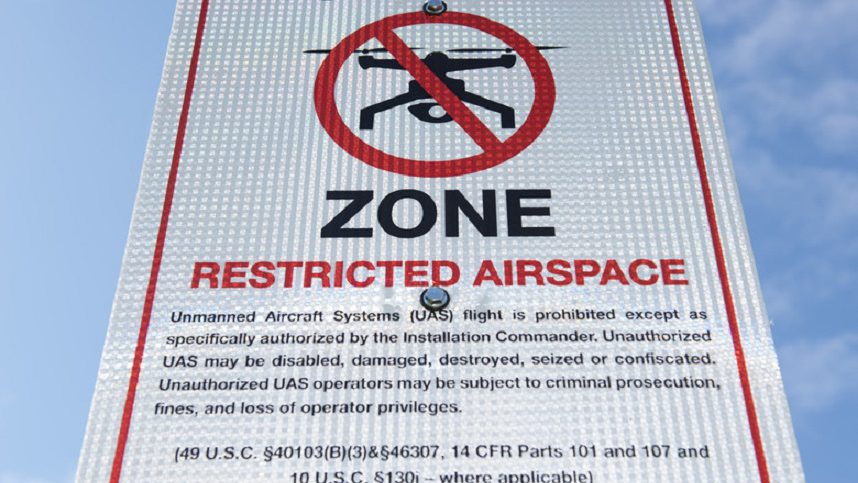 Drones are difficult to detect and identify from the cockpit of an aircraft. Security agencies in the UK have been concerned about the increasing flight disturbances caused by drones. In January, Heathrow Airport had to temporarily halt all departing flights  after a drone was spotted flying near the airfield. Gatwick Airport closed for approximately 36 hours last December due to threats posed by illegal drones flying near its runway. Flights were halted or delayed also in Newark, Dubai and Dublin airports following sightings of what were believed to be drones in the area.

The new CPNI drone detection standard is the first official validation of counter-drone technology. It enables organisations deemed to be of critical national importance to adopt drone detection technology with the assurance that it has been tested rigorously.

DroneTracker 4.1 analyses the hardware and provides information about whether the drone poses a threat, helping security providers to act accordingly.

Dedrone UK regional sales manager Amit Samani said “this certification provides further assurances to our customers and partners that our system meets the security needs of the UK’s most sensitive infrastructures. “We will continue working closely with government sector users, risk-critical sites and major corporate customers to provide the most robust available airspace security and defense against drones and multiple drones.”

The platform seamlessly integrates with a variety of sensing and threat mitigation technologies, enabling users to customize their platform and meet their specific needs and threat level. Customized airspace security enables organizations of all sizes to select and combine various sensors to secure vulnerable airspace and effectively address their specific threat profile.

The solution is already deployed around the world, including in three of the G7 countries, correctional facilities, utilities, airports, and corporations, among other public and private organizations, according to airport-technology.com.