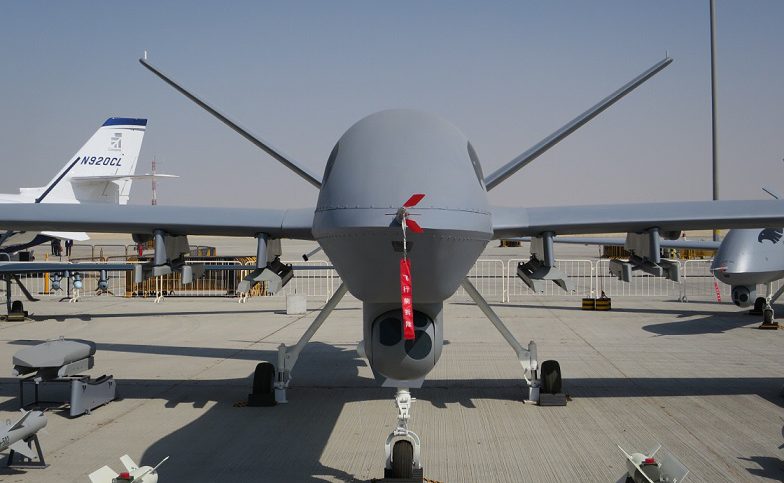 The Aviation Industry Corporation of China (AVIC) has conducted a maiden flight with its new Wing Loong-1E unmanned aerial vehicle (UAV). This is an advanced version of the Wing Loong 1, a Medium-Altitude Long-Endurance (MALE) UAV.

The all-composite multipurpose large UAV successfully completed its maiden flight on Jan. 18, AVIC was cited by xinhuanet.com. The UAV conducted an autonomous takeoff and then completed a 22-minute maiden flight, with the UAV in good condition.

The Wing Loong 1E has new features offering new capabilities in terms of range, endurance, efficiency and reliability, according to the company.

The Wing Loong 1E was fully designed and developed in China by the drone subsidiary of the state-owned AVIC. The UAV photos were published on Chinese social networks.

According to armyrecognition.com, the Wing Loong 1E design consists of a long fuselage with mid-mounted wings. Its fuselage structure is designed to minimize the radar cross-section. It features two vertical tail fins, arranged in a V shape.

The drone is fitted with a tricycle landing gear, with two main wheels under the fuselage and one single wheel under the nose. The drone is powered by a turbocharged engine, driving a three-bladed propeller, mounted at the rear of the fuselage.

The UAV has undergone some modifications in its design, the front has some change in its aerodynamic design and each wing has now upward-pointing winglets. The use of winglets are intended to improve the efficiency of fixed-wing aircraft by reducing drag.

The Wing Loong 1E will be able to carry a wide range of weapon systems including laser-guided bombs and missiles to attack and destroy air or ground-based targets.

Some of AVIC’s UAV models entered service with the Chinese military.