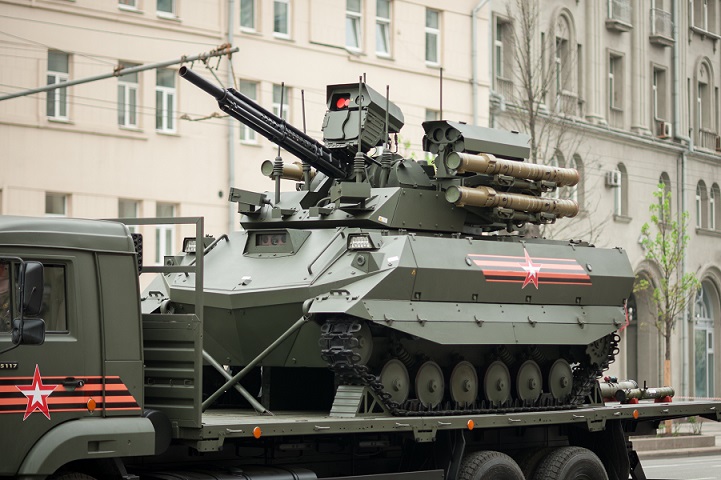 Inspecting the 766th Production and Technological Enterprise enterprise that develops and manufactures robotic vehicles outside Moscow, Russia’s Defense Minister Sergei Shoigu said the first unit with strike robots will be set up in the Russian Armed Forces to operate five Uran-9 robotic systems or 20 combat vehicles.

For the purposes of elaborating methods and forms of employing squads with robotic systems, “an experimental unit is being established on the premises of one of the Defense Ministry’s scientific research centers.” According to the Defense Ministry cited by tass.com, the center “will subsequently train personnel that will operate Uran-9 strike robotic vehicles in operational military units.” Uran-9 robotic vehicles were earlier employed only as separate systems, it said.

The Uran-9 combat robot is produced by the 766th Production and Technological Enterprise. It is armed with a 30mm automatic gun, Ataka anti-tank missiles and Shmel flamethrowers.

The tracked unmanned combat ground vehicle (UCGV) that was first unveiled in September 2016 is designed to provide remote reconnaissance and fire support to a variety of tasks conducted by the counter-terrorism, reconnaissance and military units in urban environments. It was designed to improve the combat effectiveness of the infantry squads, while offering maximum protection to the personnel, according to army-technology.com.