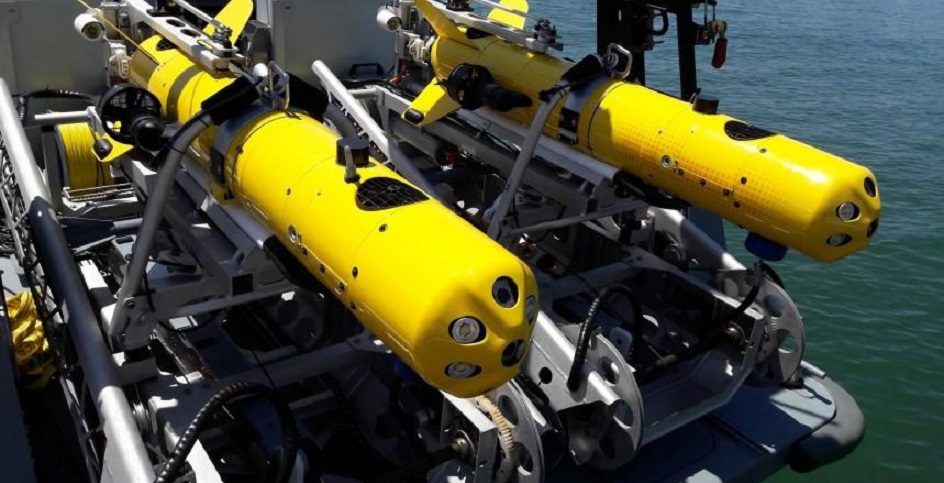 Unmanned maritime systems can be used for various purposes, including critical infrastructure protection, law enforcement, search and rescue for homeland security, underwater mine warfare, surveillance, and more.  In a recent collaborative European setting, the combined use of drones for situational awareness and threat response at sea was demonstrated, supplying a comprehensive maritime picture.

The purpose was to demonstrate how heterogeneous unmanned assets could provide in real-time a maritime picture of the theater of operations to a command center located in a stand-off distance on land.

The demonstrations took place in the Mediterranean Sea during the OCEAN 2020 (Open Cooperation for European mAritime awareNess) demonstrations, an EU-funded project implemented by the European Defence Agency (EDA). The project aims at enhancing maritime surveillance and situational awareness, through the successful integration of manned and unmanned systems. Coordinated by Leonardo, the project is bringing together the technical excellence and wide operational experience from 42 partners from 15 countries.

ECA Group has demonstrated its capability to use its naval drones system from a control center on board a warship. It deployed its INSPECTOR 90 unmanned surface vehicle (USV), fitted to launch and recover the Remotely Operated Vehicle (ROV) SEASCAN. Moreover, the USV acted as a communication relay between the autonomous underwater vehicle (AUV) A9 and the control and command center.

According to the company website, two mission scenarios were performed: In the first scenario, aimed at the interdiction of a threatening vessel, the INSPECTOR USV equipped with audio warning and the SEASCAN identification ROV was deployed in a completely autonomous way for dissuasion purposes, once the threat alert was activated. The USV was used to approach the suspicious high-speed sailing boat and assess the threat, sending the command center information to decide on intervention while keeping crews out of the dangerous area.

After the threat has been neutralized, the A9-M autonomous underwater vehicle (AUV) performed seabed sonar detection in order to localize the wreck / objects dropped at sea by the suspect vessel.

During the second scenario, the interception of a mine-laying vessel before an amphibious operation, the UMISOFT software enabled all drones to be easily run from the same common interface. For this exercise, ECA Group deployed both an A9-M AUV for detection and localization of underwater mines, and its USV INSPECTOR 90 with a SEASCAN ROV identification on-board for close inspection and mine classification.

According to navyrecognition.com, the joint and cooperative use of manned and unmanned vehicles integrated into a naval unit command and control system allowed real-time data exchange via satellite to the European Maritime Operations Centre (MOC) located in the European Defence Agency in Brussels.