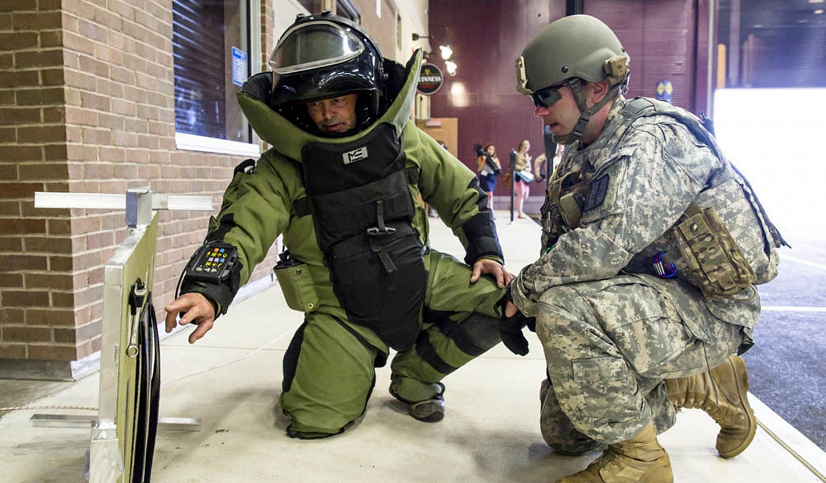 The United States Military is experimenting with blast sensors in order to detect if soldiers have been exposed to powerful explosive blasts. The military is testing a system of sensors that indicate a soldier’s exposure to an explosive blast, in order to quickly determine if the soldier requires medical attention.

After the Iranian missile attack on US forces in early January, over 100 American soldiers were diagnosed with mild traumatic brain injuries, even though initial reports indicated that there were no injuries. The body armor blast sensor aims to eliminate such errors.

The sensors are still in military trials, but once they become green lit for operation they will have the potential to save many lives. The sensors will make it easier to determine if a soldier needs medical evaluation by measuring the pressure of the blast the soldier has recently been exposed to.

“It’s three sensors … that will detect whether you were exposed to a blast event,” said Joseph Ludovici, the principal director for military community and family policy.

Ludovici mentions that even if a soldier doesn’t have any immediate symptoms after experiencing an explosive blast, that doesn’t mean the soldier hasn’t undergone any brain trauma. “If your tracker shows that you were exposed to a blast event, then we’re going ahead and evaluating those folks to see whether they have traumatic brain injury.”

As part of the trial, 58 different military units have been equipped with a total of 4,408 sets of B3G7 sensors (BlackBox Biometrics 7th generation blast gauges). Businessinsider.com reports that the sensors are being tested as part of the CONQUER program.

Each set of sensors consists of three sensors, one for the helmet, one for the chest, and one for the shoulder. The sensors measure the blast overpressure wave in pounds per square inch (PSI), so that there are three different places where the sensors pick up readings.

Each sensor lights up either green, yellow, or red after experiencing a blast. A green light indicates 1-4 PSI, a yellow light indicates 4-16 PSI, and a red light is anything above 16 PSI.

The sensors give the soldiers, as well as medical personnel, data that helps them understand what they have just been exposed to, making it possible to better prepare medical personnel to respond to an explosive blast.

Perimeter Security at the Next Level