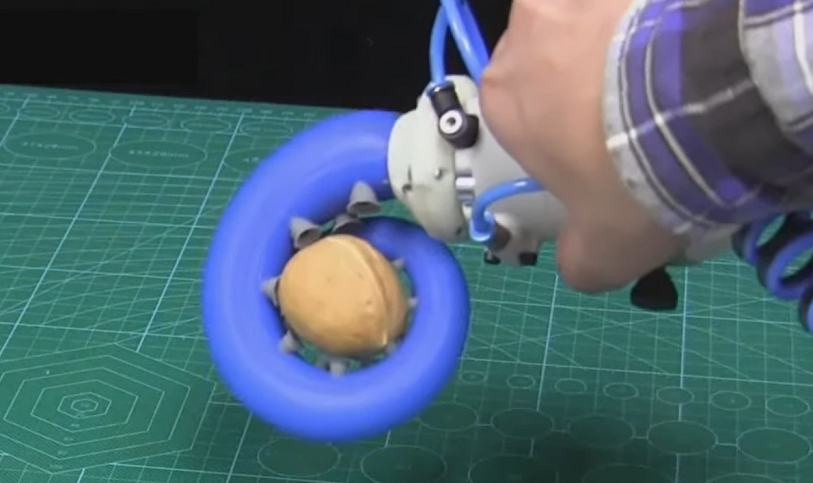 A team of scientists and researchers from Beihang University in China and Harvard’s School of Engineering and Applied Sciences have been working together to develop a soft, octopus-inspired, robotic tentacle capable of gripping and manipulating objects. Much like octopuses, the robotic tentacle is capable of curling around objects for grip, as well as using suction cups to hold onto objects.

The design is a new concept that could be implemented in the world of mechanical manipulators, replacing traditional grippers.

“Octopuses can employ their tapered arms to catch prey of all shapes and sizes due to their dexterity, flexibility, and gripping power,” wrote the authors of the study. “The results from this study not only provide new design insights into the creation of next-generation soft actuators for gripping a wide range of morphologically diverse objects, but also contribute to our understanding of the functional significance of arm taper angle variability across octopus species.”

The robotic tentacle has several advantages relative to traditional grippers. One advantage being the flexibility of tentacle, making it possible to adapt and grip unknown objects. The tentacle is controlled by two valves, one applies pressure to bend the arm in order to wrap around an object, and the other engages the tentacle’s suckers.

In the future, EOD (Explosive Ordnance Disposal) robots could replace their rigid mechanical grippers with a soft robotic tentacle, making it easier for the robot to manipulate and dispose of hazardous or explosive material regardless of the threat’s shape, size, or texture.

C4isrnet.com mentions several other potential applications for the robotic tentacles. For example, the tentacle could be used to automatically load artillery shells, cutting down on the manpower and time needed to operate artillery cannons. The tentacles could also be used as an underwater gripper for UUVs and submarines, making it possible to quietly manipulate underwater objects.

The robotic tentacle is another example of humans taking advantage of biology to biomimic capabilities found in nature in order to advance robotic and technological capabilities.