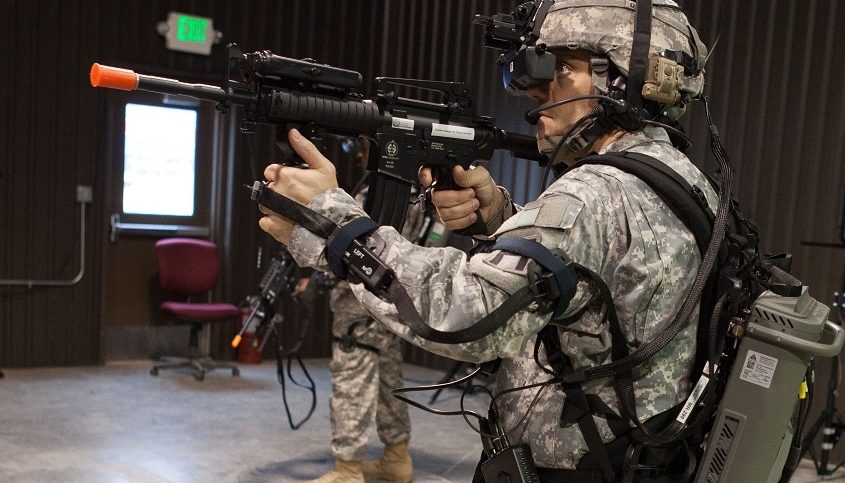 New technologies applied by the US Army could help coping with various training problems.

The US Marines have been facing a new sort of challenge in recent years: “We’re killing more Marines and soldiers in training than in combat. Why does that happen? A lot of times it is fatigue,” Lt. Col. Warren Cook of the U.S. Marine Corps told voanews.com.

Among the technologies he discussed was using wearable sensors to help recruits be more aware of their body’s limits so they can train better and safer. “We do have a suite of sensors that we have integrated into a system for physiological status monitoring,” said chief scientist Charlene Mello with the U.S. Army Natick Soldier Research, Development and Engineering Center.

Virtual reality, augmented reality and mixed reality projects are being developed that can have military applications. One mixed reality project at the University of Southern California Institute for Creative Technologies (USC ICT) involves drones small enough to fit in the palm of a hand. The drones can follow and capture a person’s movements so they can be analyzed under a training simulation.

Another project at USC ICT is a virtual and augmented reality application called Monticello, where the user can interact with a virtual expert. “If you are in a hostile environment and you have been trained to spot dangerous areas versus safe areas, you could use this augmented reality to perhaps take a picture of a corridor or an area that you are currently occupying, and a virtual expert could mark on the application dangerous areas vs. safe areas where you could place yourself,” Adam Reilly, USC ICT’s research programmer said.

An additional USC ICT project is called Bystander, a virtual reality prototype that helps people prevent sexual harassment and assault. “The military is very interested in this area of research because they have programs already to try and mitigate sexual assaults, sexual harassment. It’s a big problem in the military,” said David Nelson, project manager of USC’s Mixed Reality Lab and creative director of the Mixed Reality Studio.

Nelson said taking an online course on mitigating sexual harassment and assault is different than a fully immersive experience where the student user can see something happening and try to physically stop it. “We believe that’s a really different experience if you immerse somebody in a situation because you can read a story and say, ‘Well, this is how I would react or this is how I would act in that circumstance’ but until you’re actually in it, you really don’t know how you would behave”, Nelson said.