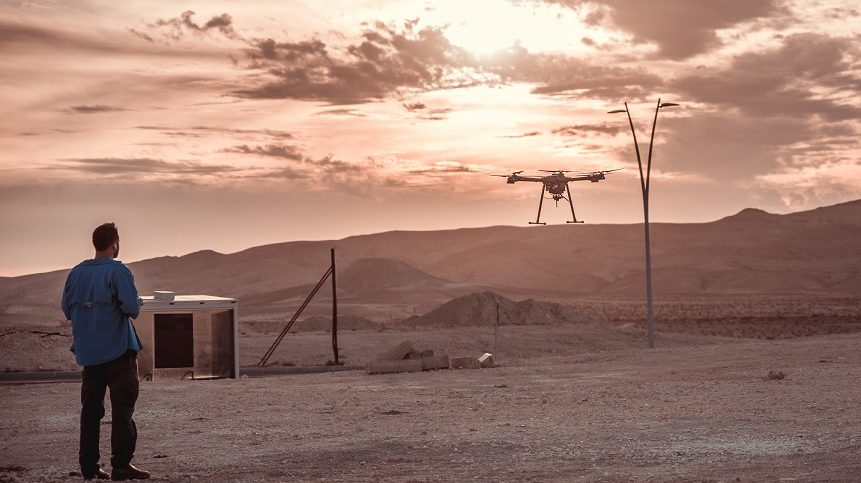 Israeli company Asio Technologies is offering its unique drone navigation system to some operators of military and civil drone fleets around the world.

Harel added that the ubiquity of drones is becoming hard to ignore, and as the technology improves and entry cost into the market inevitably comes down, the number of drones in the sky is guaranteed to increase. Sales of consumer-level drones in the U.S. surpassed $1.25 billion in 2020, and Markets Insider predicts that the drone-related services will be bringing in $63.6 billion by 2025. “It’s expected that drone growth will occur across a number of main segments, including: retail delivery, agriculture, construction, insurance, media/telecom and law enforcement. The arrival of an airborne traffic jam is hard to ignore, but unlike 20th century traffic, you can’t just pull off to the side of the road if you have an accident.”

The company’s CEO added that the best solution to this rapidly approaching problem would be a simple, robust technology that offers precision, reliability and a design that’s agile enough to be adopted across platforms, applications and industries.

“That solution exists, and it’s called NavGuard. It provides a solution to this problem.” NavGuard is a self-contained, real-time optical navigation system that allows for GNSS-free navigation based on an on-board Geo infrastructure.”
He explained that this camera-based visual situation awareness can be used from take-off to landing. NavGuard turns an off-the-shelf camera into a sensor that almost any drone can use to navigate as a replacement to GPS/GNSS.

According to the company, NavGuard is a small and compact self-contained optical navigation system that enables seamless, accurate autonomous GNSS free navigation in areas where GNSS signal is spoofed, jammed or simply unavailable. The system was optimized for tactical platforms where size, weight and power are critical parameters.

NavGuard system is based on real-time Geo Referencing of optical video streams to an on-board Geo Infrastructure to generate low latency accurate positioning.

The NavGuard system incorporates both a computing module, map database and cameras in a single, small-size, lightweight and low power system. This architecture makes the system resistant to external interference.