This is the result of the hundreds of airstrikes performed by the Israeli airforce (IAF) in Syria and also in Iraq according to foreign publications, in an effort to foil Iran’s plan to supply Hezbollah with precise rockets.

The need for such weapons carrying heavy loads of explosives is not new, but the over 250 airstrikes the IAF performed in Syria last year have put this operational need on a higher priority.

According to foreign sources, the IAF has performed many of the strikes in Syria while flying in the Lebanese airspace. Lebanon has no air defense systems that can threaten the IAF aircraft.

According to Russian news outlets, some of the recent airstrikes in Syria involved the use of the new Israeli Rampage air-ground missile.

Rampage was developed jointly by Israeli Military Industries which was meanwhile acquired by Elbit Systems, and Israel Aerospace Industries (IAI).

According to the companies, the Rampage warhead, rocket and advanced navigation suit allow execution of the assault mission of high quality, well-protected targets with utmost precision.

The Israeli companies say that Rampage features optimal penetration capability into protected areas. Its focal precision prevents collateral damage at a very low mission cost compared with existing solutions. The targets that best fit the capabilities of the new rocket include communication and command centers, air force bases, maintenance centers, infrastructures and valuable field targets protected by anti-air systems. The Rampage can operate in all weather conditions, as well as during day and night. The total weight of the missile is 570 kg and it is 4.7 meters long.

Another standoff weapon system, or rather a family of weapons, is the Rafael Spice smart bombs.

According to Rafael, mission planning for the Spice family members is performed in the air or on the ground, using target data like target coordinates, impact angle and azimuth, imagery and topographical data, in order to create a mission for each target. The pilot allocates a mission to each weapon before release.

The weapon is released outside the threatened area and heads autonomously towards the target zone.

Rafael says that as the weapon approaches the target, Spice’s unique scene matching algorithm compares the electro-optical image received in real-time via the weapon seeker with mission reference data stored in the weapon computer memory, and adjusts the flight path accordingly.

In the homing phase, after successful completion of the scene-matching process, Spice acquires the target automatically.

The weapon homes in accurately and autonomously to the exact target location in the pre-defined impact angle and azimuth.

Spice has day, night and adverse weather capabilities, based on its dual CCD/IIR seeker. The Automatic Target Acquisition capability is implemented by a unique scene-matching technology.

Recently, Rafael has added one new member to this family of standoff weapons – the Spice-250.

Unlike the previous members of the Spice family that came in the kit form that was attached to 1000 and 2000 pounds regular bombs, this time the Israeli company is supplying a complete system.

The Rafael Spice 250 can be loaded with 100 optional targets in a given area. 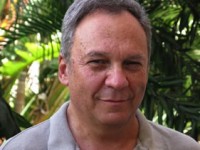