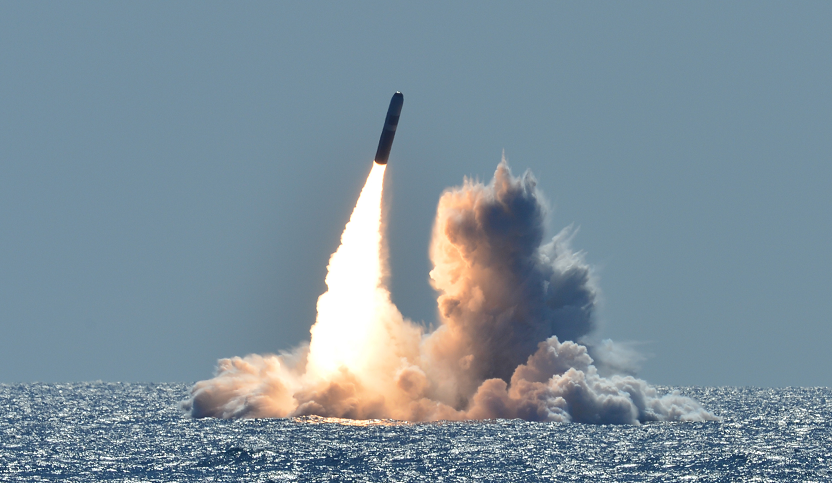 The submarine is deployed with a W76-2 nuclear warhead. In most cases, the USS Tennessee would go to sea with 20 Trident II D-5 submarine-launched missiles, each missile carrying either W76 or W-88 nuclear warheads. One W76 warhead is capable of flattening a city with an explosive yield of 90 thousand tons of TNT and one W-88 yields 455 kilotons of TNT, or about 28 times more powerful than the bomb dropped on Hiroshima.

The United States operates at least 11 more ballistic missile submarines. These submarines main mission is to hide underwater and wait for a signal to attack enemies with a nuclear warhead. They have been specifically designed to survive a first strike by an enemy in order to counterattack. Known as MAD, Mutually Assured Destruction, this method of warfare disincentivizes an enemy nuclear strike since it practically assures the enemy that they will be immediately fired upon next.

The USS Tennessee’s W76-2 warhead is a modified W76 thermonuclear warhead designed to detonate at a lower yield of just 5 kilotons. Popularmechanics.com reports that the point of the warhead is to grant American forces the capability to respond to an enemy’s first strike with a low yield nuke.

Arms control activists have voiced their concern against the W76-2 warhead, arguing that the weapon system is unnecessary. However, the Trump administration pushed ahead to develop and field it. For now, the W76-2 will be deployed on American ballistic missile submarines with the hopes that a strong offense will lead to an even stronger defense.