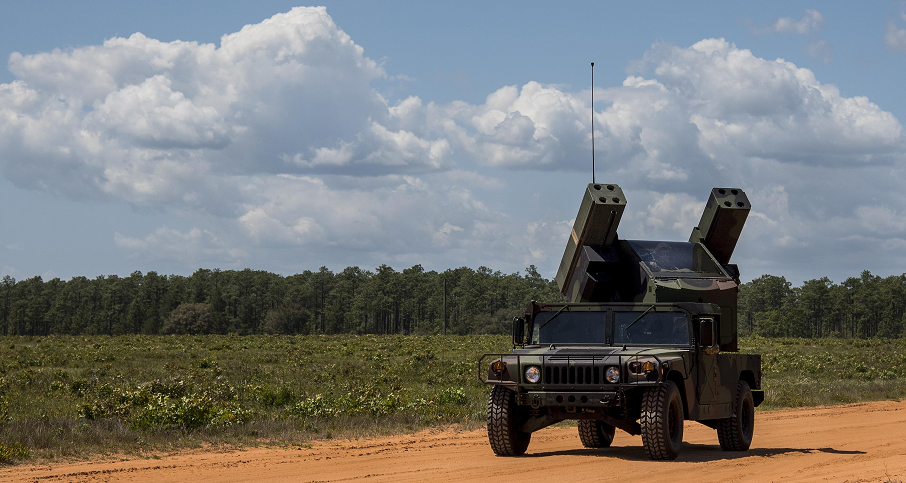 The United States Army is planning on bringing back its Avenger surface to air missile system. The Avenger is a self-propelled missile system that provides mobile, close range air defense capabilities for ground forces against cruise missiles, UAVs, and low flying airplanes and helicopters. The Avenger system is mounted on a High Mobility Multipurpose Wheeled Vehicle, or Humvee.

First produced by Boeing in the 1980s, the Avenger missile system was first used by the United States Army in 1990, however in recent years more and more units of the system have been relegated to the United States National Guard or put in storage.

Uasvision.com reports that a total of 72 Avenger missile systems have been pulled from storage last year. The systems were held at Letterkenny Army Depot in Pennsylvania.

The Army has decided to shift back to operating the Avenger missile system after the Army was given a “wake up call” when it observed the conflict going on in Ukraine between Ukraine and Russia. The United States Army chief of staff has been pushing an initiative to close the gap and improve close range air defense capabilities for the United States and its NATO allies in Europe.

The Avenger comes mounted on a diesel powered Humvee. The missile system is capable of driving about 440 kilometers on a single tank of gas and has a road speed of 90 kilometers an hour.

Most Avenger missile systems come equipped with FIM-92 Stinger missiles as the primary weapon. The system is also equiped with an M3P machine gun system, a 0.50 caliber weapons system capable of firing between 950 and 1,200 rounds per minute.

Among the U.S. Army and National Guard, the United States Marine Corps used to also operate the Avenger. There are currently a few other countries operating the missile system across the world, these countries are Bahrain, Egypt, Iraq, and Taiwan.

US Army Looking For Companies to Upgrade Intel Sharing System