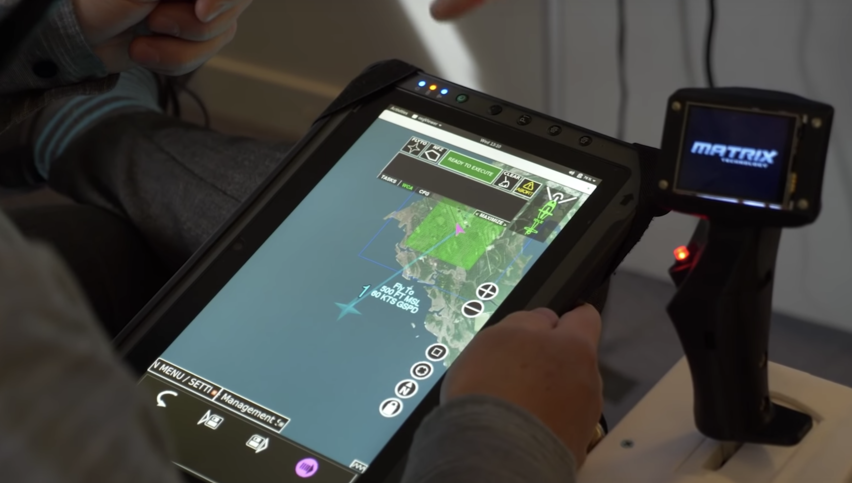 An off-the-shelf commercial helicopter was recently modified to fly itself in typical military missions, including supply runs, medevac, and reconnaissance. The long-term goal: Design next-generation scout and assault aircraft to be optionally piloted from the start.

The aircraft was modified in collaboration between DARPA and Lockheed Martin. The next step in order to reach their goal of deploying an optionally piloted aircraft is to port the MATRIX software over to an actual Army UH-60 Black Hawk, which will fly next year.

For safety reasons, there were highly trained test pilots aboard the Sikorsky Autonomy Research Aircraft (SARA), a modified S-76B, during this month’s flight tests.

Sikorsky autonomy director Igor Cherepinsky, “we also had a non-pilot with all of 45 minutes of training take the aircraft up and operate for almost an hour.”

This was done by using a tablet screen in order to send basic commands to the aircraft – take off, fly here, land around there – and the computer then executed those instructions itself.

During simulated pickups of cargo and casualties, a loadmaster on the ground could use a tablet to give directions as well, with the computer mediating between the input from the human on the ground and the human onboard.

The end goal is not to replace human operators altogether, but to give them a computerized co-pilot that can take over routine tasks at the touch of a button. The so-called co-pilot will be able to fly routes, plan routes, and perfectly execute emergency procedures.

While such an optionally manned aircraft might fly some low-risk missions entirely by computer, flights with passengers or into combat zones would have at least one human pilot and often two. The goal of this human-machine teaming is to get the best of both worlds.

That way, the human pilot is free to focus on mission planning, military tactics, and other complex problems which the computer does not handle well. In contrast, the computer will operate the aircraft during such interruption.

The technology is not AI, but “deterministic software”, where a given input always generates the same output, according to breakingdefense.com.

Additionally, MATRIX is always checking on the human crew, even when they take full manual control, and can take over at any time if they’re about to crash.