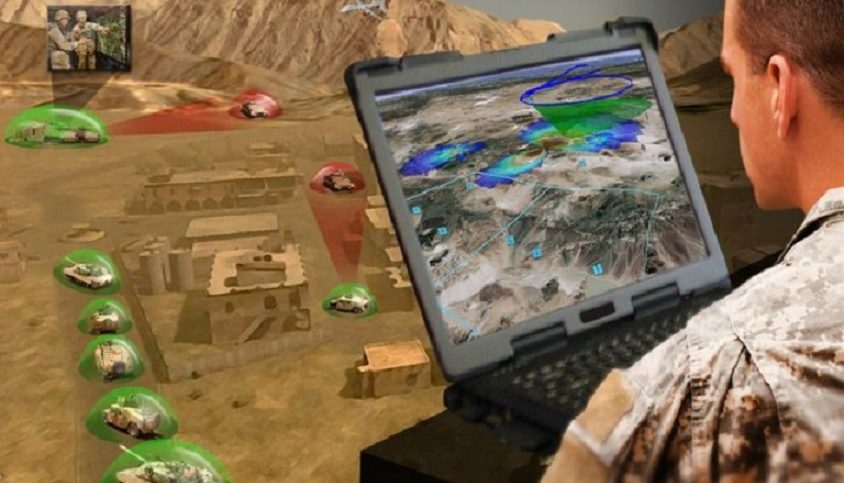 The Pentagon is increasingly focused on the notion that the might of U.S. forces will be measured as much by the advancement of their algorithms as by the ammunition in their arsenals. And so as it seeks to develop the technologies of the next war amid a technological arms race with China, the Defense Department has steadily increased spending in three key areas: artificial intelligence, big data and cloud computing.

According to the washingtonpost.com, investment in those areas increased to $7.4 billion last year, up from $5.6 billion five years ago, and it appears likely to grow as the armed services look to transform how they train, plan and fight.

There are signs that AI and human-machine collaboration are already making their way into American weaponry and its intelligence apparatus. The Pentagon is working toward using drones as the wingmen of fighter jets and ships, which can probe into enemy territory on their own. The Marine Corps has been testing cargo helicopters that can fly autonomously and that would allow Marines, using a tablet, to “easily request supplies even to austere or dangerous environments,” according to the Office of Naval Research.

Another example to AI implementation in the American weaponry is the stealthy F-35 Joint Strike Fighter, with 8 million lines of code, is called a “flying computer” that is as much a sensor in the skies as it is a fighter jet, officials say. As an example, officials point to how F-35s communicate with one another on their own. If one jet in a sortie detects an enemy fighter on its radar that is out of the range of the other F-35s along with it, that information is automatically relayed to the other jets.

Also an example is Project Maven, a computing system being designed to sift through the massive troves of data and video captured by surveillance and then alert human analysts of patterns or when there is abnormal or suspicious activity.

But despite those advancements, the Pentagon and others are worried that the United States is not moving fast enough.

China, in particular, has been investing heavily in AI, defense analysts say.

“China intends to seize the initiative to become the ‘premier global AI innovation center’ by 2030, potentially surpassing the United States in the process,” according to a recent report by the Center for a New American Security.

That should serve as a call-to-arms “Sputnik moment,” Work said. “I personally believe that a national challenge like this has to be met with a national response,” he said.

In September, Deputy Defense Secretary Patrick Shanahan wrote in a memo that he was “directing aggressive steps to establish a culture of experimentation, adaptation and risk-taking to ensure we are employing emerging technologies to meet our warfighters’ needs and to increase speed and agility technology development and procurement.”

He also signed a directive to accelerate the development of cloud computing for the Pentagon, which he said “is critical to maintaining our military’s technological advantage.”