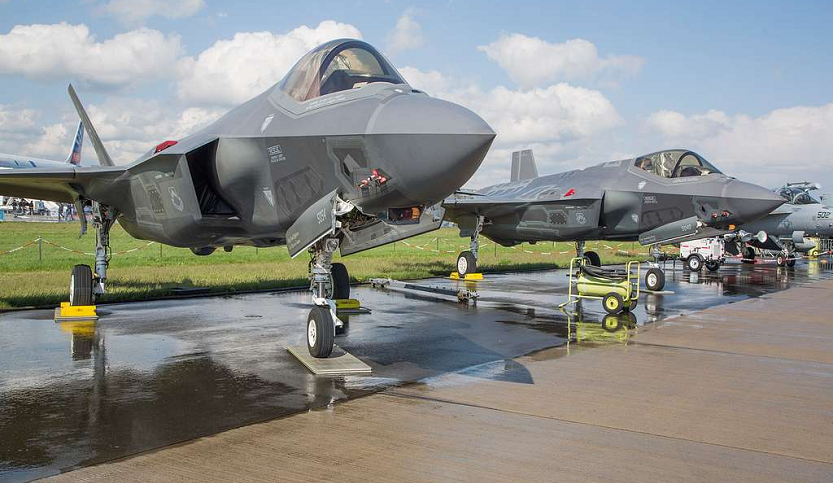 The F-35 Joint Strike Fighter program is possibly the most expensive military weapon development program to exist. With an expected lifetime cost of approximately $1.5 trillion, one would expect the F-35 fighter jet to be flawless.

However despite the expensive program and years of research, the F-35 Joint Strike Fighter still suffers from 13 serious flaws. Furthermore, the jet’s software has about 900 bugs, leaving over 500 jets around the world needing system patches.

An evaluation report released by the Pentagon mentioned several issues with the jet including the 13 Category 1 deficiencies and 873 software deficiencies.

Another deficiency which is unique to the F-35A, the Air Force’s variant of the jet, is that the aircraft’s gun is not accurate. Aside from gun alignment issues, the weapon’s housing is also cracking and at least two F-35As have received an “unsafe gun” cockpit alert during testing for unknown reasons, according to Popularmechanics.com. The F-35A is the only variant of the jet to have an internal gun, the other variants carry a gun in a pod mounted to the outside of the aircraft and have acceptable levels of accuracy.

The reason F-35s have so many issues, regardless of the fact that production on has begun over a decade ago, is likely due to the decision to get the jet in early production before the F-35’s design has been perfectly planned. This decision was made so that pilots could fly the F-35 as soon as possible, while the engineers at Lockheed Martin would continue to develop the jet and patch older models of the F-35.

The biggest concern however with the F-35 jets is that the older variants of the jet may never be upgraded to be combat capable. With one F-35A costing almost $100 million, it would be a huge waste of money for these advanced jets to serve the Air Force as training aircraft. The Pentagon has made plans to upgrade these jets, however Congress must first approve allocating an additional estimated $12-40 billion to the Pentagon before the work to completely upgrade the jet can begin.

Although we have not seen the report, the F-35 continues to mature and is the most lethal, survivable and connected fighter in the world. Warfighters identify the F-35 capabilities as game changing, transforming the way our men and women in uniform conduct operations.  Last year, Lockheed Martin delivered 134 aircraft, exceeding our commitment of 131, while continuing to drive down unit costs and cost per flying hour. Reliability continues to improve, with the global fleet averaging greater than 65% mission capable rates and operational units consistently performing near 75%. Soon we will deliver our 500th aircraft, train the 1,000th F-35 pilot and surpass 250,000 flight hours.