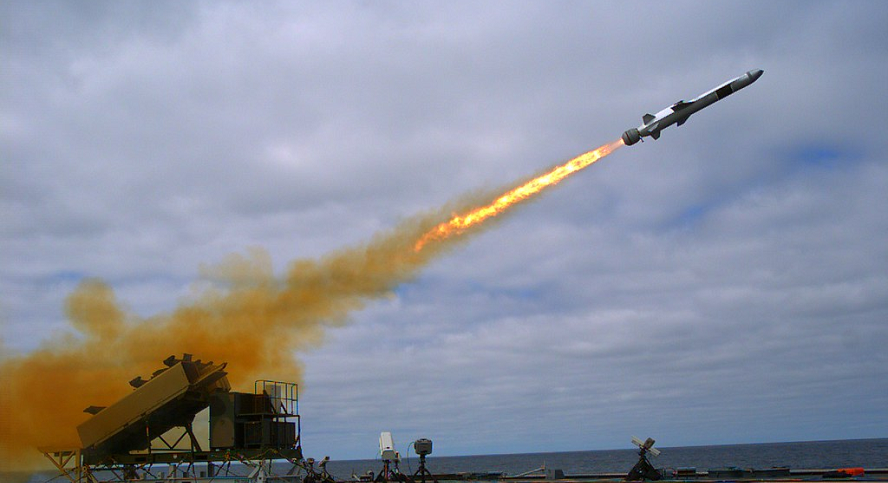 The United States Navy and Marine Corps are interested in investing in a new land based variant of the new Naval Strike Missile. The vision is to utilize the proposed technology to keep enemy vessels away from American and ally shorelines.

The potential threat of Russia and China has led the Pentagon to invest and research new defensive and offensive warfare technologies.

The missile the Pentagon wants to develop is based on the Naval Strike Missile (NSM). Developed by Kongsberg, the Nowegian-designed missile is currently in production in partnership with Raytheon. The NSM is an anti-ship cruise missile capable of flying over 100 miles. The missile is currently being installed on the Navy’s new Littoral Combat Ships, making it possible for the vessels to shoot down enemy ships that are located beyond the horizon.

The missile is launched either from a ship’s deck or a military truck. It utilizes a rocket booster for the first few seconds of takeoff. The NSM flies low, approximately only 30 feet above the waves, this so the missile can avoid being seen on enemy radar.

When the missile is close enough to the enemy it will begin to fly in a series of evasive maneuvers in order to avoid incoming fire. The missile detonates on impact, making it possible to sink small ships and penetrate larger ships.

A land-based NSM would be used to defend U.S. and friendly territories from being invaded by enemy ships. A shoreline armed with NSM batteries will create a “no-go” area stretching 100 miles from the shore where enemy ships would be under constant threat.

The United States Military hasn’t operated a land-based anti-ship weapon since the Second World War, according to Popularmechanics.com. Back then, the United States Army would deploy guns to protect the country’s major coastal cities while the Marines would operate defense battalions designed to protect islands.

The concept of land-based ground to sea missile was abandoned after the American’s victory over Japan in World War II, when the United States knew that the Soviet Union lacked the warships to threaten the United States and when atomic bombs have become a greater threat than a hostile naval invasion.