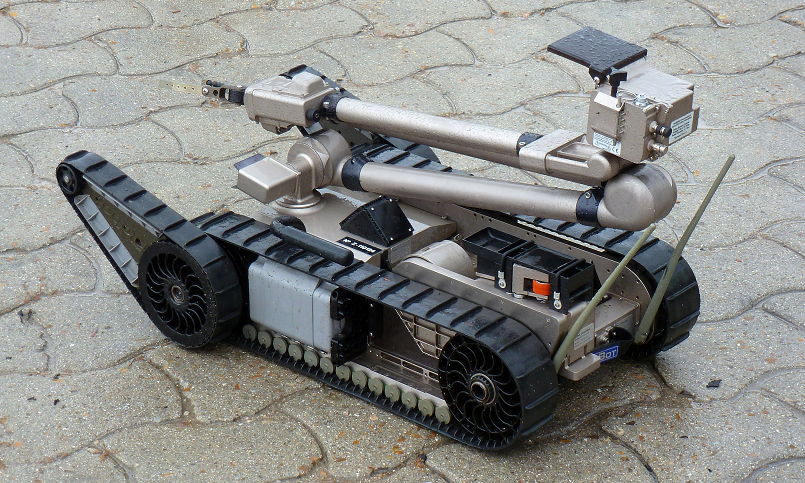 Most military robots and UGVs are lacking in intelligence. Although autonomy and artificial intelligence are being researched thoroughly for the benefit of military technology, the military still operates mostly remote operated robots for its operations. An example being the PackBot used by the United States Army for bomb disposal and inspection. The system has no onboard intelligence, instead it is operated remotely by a human. What the Army has been looking for now is an intelligent robot capable of following orders similar to a human squadmate.

The United States Army Research Laboratory (ARL) has managed to develop software that allows robots to understand verbal instructions. Such software can significantly benefit forces that rely on robotics during warfare. A robot capable of understanding verbal orders can easily scout ahead of forces to scan for hostiles, threats, or hidden explosives, without slowing down troops.

Even though it may seem that we are in the age of machine learning and artificial intelligence, even autonomous cars lack the intelligence of understanding and following complex verbal instructions.

Researchers from MIT and the ARL have been working on a ten year project, called the Robotics Collaborative Technology Alliance, to develop robots capable of understanding complex orders and performing them.

Similarly to a military canine, the hope is to have the robots work as efficiently as possible with a human team. Leaders of the project have mentioned that the military canine is practically what they are aiming their robots to replicate.

The robots are capable of taking verbal instructions but can also be controlled remotely via tablet. Unlike canines however, an operator can open the tablet to see what the robot sees.

Technologyreview.com mentions that the robot developed utilizes deep learning to recognize images and help the software recognize key points such as a car’s tires to help work out the car’s exact location and orientation. Once the software identifies an object, it begins to string together more detailed information regarding the object helping the robot grasp a better understanding of the surroundings.

The robot is also capable of asking the operator questions in case it misunderstood. For example, if an operator were to give the robot  an instruction, “go behind that car over there,” the robot could ask: “the car on the left?”

Even though the robot has managed to demonstrate its software capabilities in a few demonstrations, there are still a few challenges. For starters, the robot is too slow for practical use. It also needs to be more resilient. However, possibly the biggest challenge is to get soldiers to completely trust working with an intelligent robot, especially when considering the life or death scenarios they are expected to endure together.