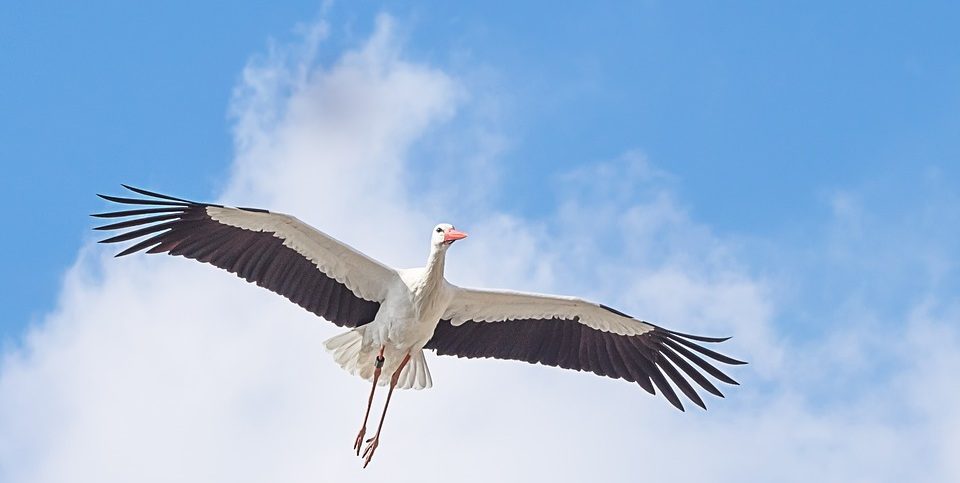 Transporting supplies to places that are difficult for access or dangerous is a challenging mission for military forces. Delivering humanitarian aid to disaster zones also requires innovative accessing technology. The British Army is currently testing out an autonomous glider-based drone that could one day be used to resupply troops or deliver humanitarian aid. The exercise included simulated delivery missions that involved parachuting packages in a variety of weather conditions.
The Stork drone resembles a paraglider without the human pilot. The aircraft was tested during a month-long combat exercise, according to newscientist.com.
Two versions of Stork exist. A smaller iteration weighs in at 50 kilograms (110 pounds) and is capable of carrying a total of 30 kilos (66 pounds). A larger version tips the scale at 150 kilos in weight (330 pounds) and can carry a maximum of 100 kilos (220 pounds) — potentially meaning that it could be used to transport wounded soldiers from the battlefield. Even larger versions are planned further down the line.
Stork is designed to take off and land in confined spaces, and is able to fly autonomously to designated coordinates using either GPS or a vision-based flight system.
Developed by U.K.-based Animal Dynamics, it is one of several technologies being explored as part of a competition called the “Autonomous Last Mile Resupply” challenge organized by the U.K.’s Defense Science and Technology Laboratory (DTSL), according to digitaltrends.com.
The Stork is designed to transport heavy loads in relation to the vehicle size and weight, and capable of covering large distances. The wing design is based on deep study of soaring birds.
The company says it develops systems inspired by the deep study of evolutionary biomechanics. The approach it is interested in is not bio-mimetic design, which aims to make mechanical versions of animals found in nature; it is rather bio-inspired design, which examines the fundamental principles behind nature’s designs.