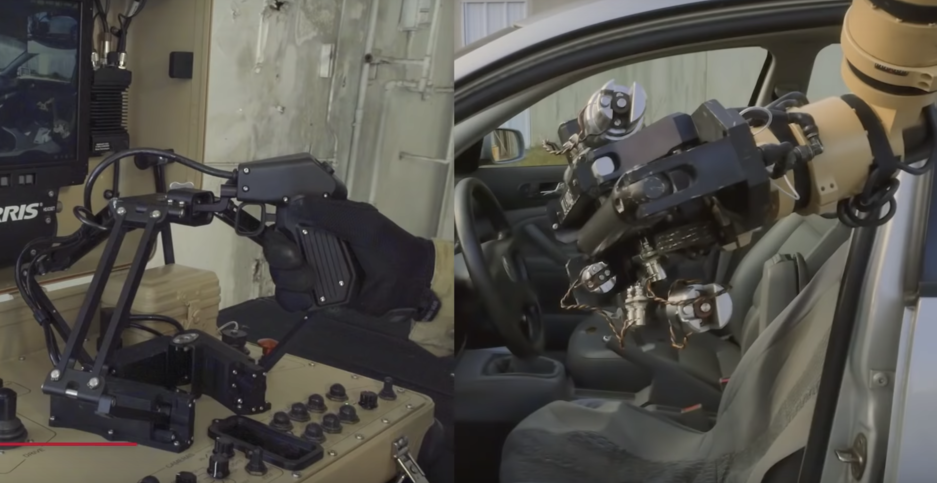 The British Army is about to obtain an impressive, advanced new explosive ordnance disposal robot with the ability to climb stairs, negotiate slopes of more than 40 degrees, and diffuse bombs.

The robot, called the T7 robot, is not autonomous. Rather, it is radio controlled by a human operator. One of its most promising features is its haptic feedback capabilities, which allows the operator to accurately feel what they are doing when they use the T7’s robotic arm to unpick a bomb fuse.

The manufacturer of the machine is Harris Corporation. The robot reportedly passed the initial qualifying tests in July. The wide variety of challenges included coping with extreme temperatures and working in situations involving blowing sand and rain, humidity, vibration, and electromagnetic interference. It is now set to carry out more advanced trials later this year.

“T7’s selection by the MoD represents the first of many opportunities for Harris to deliver lifesaving technology to warfighters and law enforcement personnel worldwide,” Ed Zoiss, president of Harris Electronic Systems, said in a statement, as reported by digitaltrends.com.

The T7 robot tips the scales at 322 kg. The MoD has reportedly agreed to acquire 56 of the robots as part of a contract with Harris, valued at $73 million. The goal is to find technology that can assist service personnel and first responders by taking away some of the most dangerous tasks (such as bomb disposal) from human operators.

The MoD hopes to get the robots out in the field as soon as 2020. In the future, the Harris Corporation aims to also sell the T7 robots to the U.S. Army for its U.S. Army’s Common Robotic System-Heavy requirement.