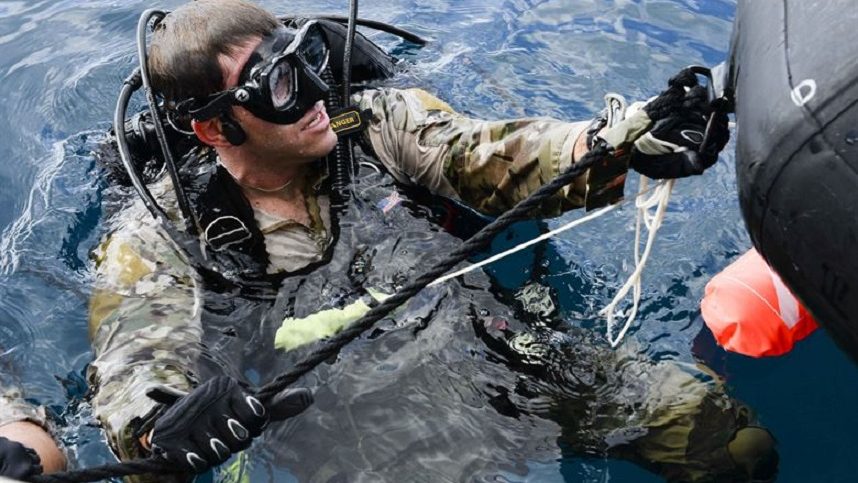 The SEALs US Navy elite force is tasked with carrying out covert, dangerous and challenging missions across the globe. The Special Operations Command (SOCOM) is investing in new maritime technology that will give them a tactical advantage.

SEALs often conduct missions in the maritime environment. Choppy seas and murky waters present a number of challenges to them, including limited access to communications, said Lisa Sanders, director of SOCOM’s science and technology office. “We have been focusing on technologies particularly in the area of underwater communications,” she noted. Because radio frequency does not travel in the water column, “communicating in that space right now is very, very limited, so we’re working on some underwater communications to help them.”

Jim Knudson, program manager for special operations forces combat diving, said a maritime communications network will connect individual divers to surface assets and to other divers, giving them clear communications and access to text and data. “We have to have that data rate that allows them to have clear comms, positioning and so forth back to the vehicles, back to the host where they are coming from,” he said. This is particularly important as divers work increasingly in colder and deeper water columns, he noted.

Such a network could enable man-machine teaming. For instance, a small unmanned underwater vehicle could be used as a scout and send information back to a SEAL delivery vehicle, according to nationaldefensemagazine.org.

A small, body-worn device could give operators increased communication and situational awareness capabilities, Knudson said. “We are looking to make it compact.. a wrist-worn, compact, smartphone-type effort” that can be attached to the diver’s body. That system will also need to provide operators precise location information, he added.

Enhancing communications for divers is just part of the concept that aims to give special operators enhanced capabilities and is focused on communication, computing, data/sensors, and human-machine interfaces.

Signature management is another major area of interest, said Capt. Chad Muse, program manager for naval special warfare. “We do operate under the water [which] … is the stealthiest environment, but we do have to break that air and water interface to project that combat power over the beach and get to an objective,” he said. Managing those signatures — whether they are acoustic, electro-optical, infrared or radar — is of interest across the office’s portfolio, he added.

Another challenge relates to power resources. Special Operations Command’s program executive office for maritime, which oversees the procurement of Navy SEAL equipment and special operator watercraft among other maritime platforms — is engaged and committed to finding a safe, high-energy battery or other technology solution that can effectively power up many of the devices and equipment under its portfolio. Lithium-ion batteries, which can sometimes present safety challenges, are usually not allowed on submarines. Special ops divers are often transported on such vessels, requiring alternative power sources, he said.

Weapon Screening Taken to the Next Level