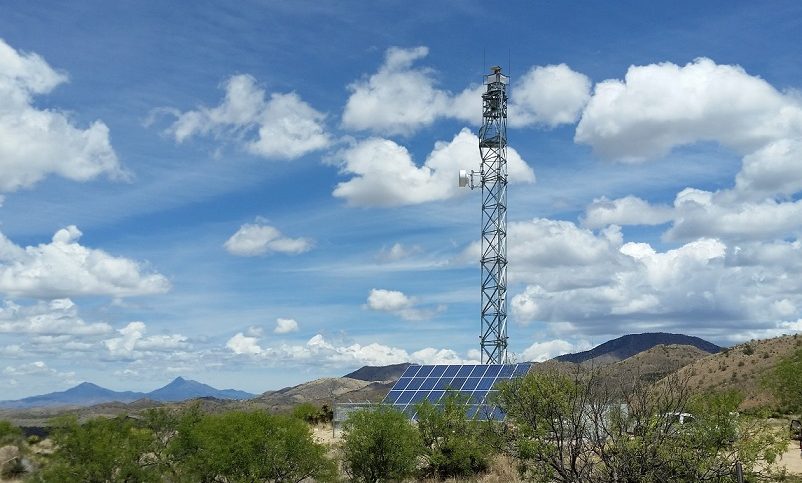 The U.S. has been continuing with its efforts to find technological solutions for the defense of its borders. A new integrated border security solution will provide increased situational awareness and improved border surveillance coverage to the U.S. Customs and Border Protection (CBP). The CBP has recently certified for operational use an in-fill radar system and tower provided by Elbit Systems of America. The system now provides CBP Air and Marine Operations agents another important capability to protect the borders.

Elbit Systems of America partnered with C Speed to incorporate its LightWave Radar technology used for detecting small and low-flying airborne threats in a high clutter environment. LightWave radar has also been deployed worldwide to mitigate the effects of wind turbine clutter in similar environments

Separately, Elbit Systems of America is the prime contractor and system integrator for the Integrated Fixed Tower (IFT) system, currently deployed along the Arizona border. The company furnishes the sensor towers with radar, day/night cameras, and command & control software that correlates sensor information to provide a single operating picture. Information from the towers is networked into Border Patrol Station Command and Control Centers. The system increases situational awareness for Border Patrol Agents and provides a 24/7 surveillance coverage, according to the company announcement.

Another solution that enhances the Border Patrol situational awareness was recently pilot-tested successfully and deployed in South Texas. The border security system is designed to shift with evolving illegal cross-border activity. Six of the Relocatable-Remote Video Surveillance Systems (RVSS), manufactured by General Dynamics, have been deployed so far.

The RVSS systems include an electro-optic and infrared camera package, laser illuminator, spotlight, and related communications to provide Border Patrol agents at a command and control center the ability to track and identify potential targets of interest to enhance their situational awareness and response capabilities.

The Relocatable-RVSS is mounted on a ruggedized, off-road trailer and can be taken down in a day, transported to a new location, and then set up in a day to help CBP respond quickly to changing illegal traffic patterns along the southern border, Robert Gilbert, senior program director with GD’s Information Technology business, told defensedaily.com. General Dynamics is also the prime contractor for the fixed RVSS system.