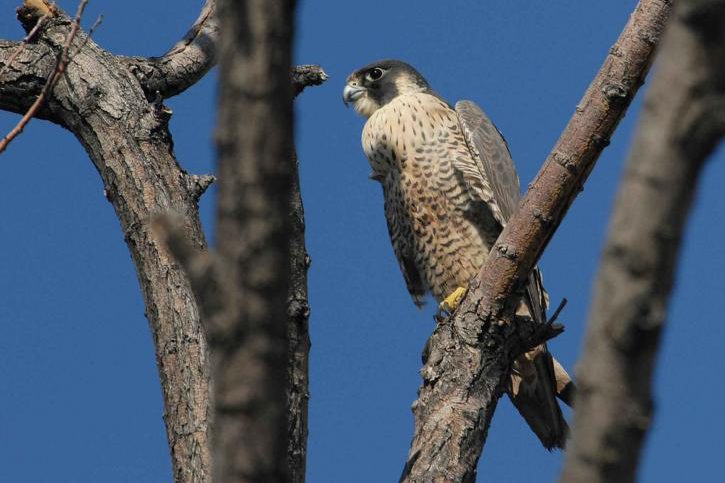 Researchers from Stanford University developed a bird-inspired drone technology. Years of study on animal-inspired robots enabled them to build their own perching robot. Using biomimicry to replicate how birds land on tree branches and balance there, Stanford researchers have managed to create SNAG, the Stereotyped Nature-Inspired Aerial Grasper, which can fly like a quadcopter but land like a peregrine falcon.

When attached to a quadcopter drone, their SNAG forms a robot that can fly around, catch and carry objects and perch on various surfaces.

Applications for this robot include search and rescue and wildfire monitoring; it can also be attached to technologies other than drones.

In the researchers’ previous studies of parrotlets – the second smallest parrot species – the diminutive birds flew back and forth between special perches while being recorded by five high-speed cameras. The perches – representing a variety of sizes and materials, including wood, foam, sandpaper and Teflon – also contained sensors that captured the physical forces associated with the birds’ landings, perching and takeoff, according to stanford.edu.

In order to account for the size of the quadcopter, SNAG is based on the legs of a peregrine falcon. In place of bones, it has a 3D-printed structure and motors and fishing line stand-in for muscles and tendons.

Each leg has its own motor for moving back and forth and another to handle grasping. Inspired by the way tendons route around the ankle in birds, a similar mechanism in the robot’s leg absorbs landing impact energy and passively converts it into grasping force. The result is that the robot has an especially strong and high-speed clutch that can be triggered to close in 20 milliseconds.

The research findings were published on Science Robotics.