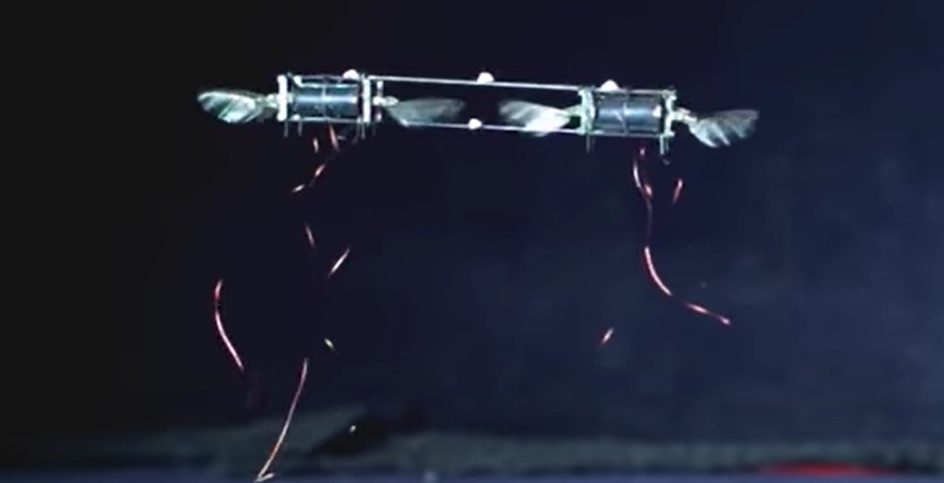 Typically, drones require wide-open spaces because they’re neither nimble enough to navigate confined spaces nor robust enough to withstand collisions in a crowd.

A team of researchers from MIT, Harvard University and City Univ. of Honk Kong have developed tiny, agile drones who look, act and maneuver like actual insects.

These mini-aerialists could navigate complex machinery to ensure safety and functionality, perform artificial pollination of crops or complete search-and-rescue missions following a disaster.

The aerial robots are powered by a new class of soft actuator, which allows them to withstand the physical travails of real-world flight.

Chen’s actuators can flap nearly 500 times per second, giving the drone insect-like resilience, according to mit.edu.

Search and Rescue Technologies will Save Trapped Survivors