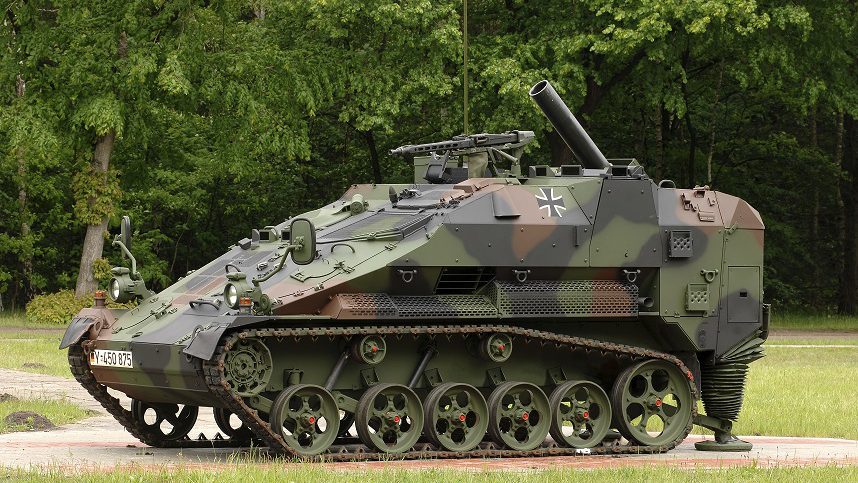 Besides deploying specially armored vehicles and using defensive equipment such as jamming devices, mine roller attachments, armed forces have to regularly check routes for explosive devices. If one is discovered it should be neutralized without detonating as far as possible in order to avoid collateral damage.

Rheinmetall has developed a number of subsystems for integration into different vehicles which enable reliable detection, verification and clearing of explosive devices. In the process, great emphasis has been placed on making them easy to use, even in difficult operating environments and high-stress situations.

Under the contract signed in December 2019, the company will be turning five Fuchs/Fox 1A8 wheeled armored transport vehicles into operator team vehicles, and converting four Wiesel/Weasel 1 airmobile weapons carriers into tracked detector platforms. The scope of delivery also encompasses seven reserve dual sensors with transport and storage racks, together with logistical support. The dual sensor, a key component of the Route Clearance System, is a new version purged of obsolescent elements.

According to the company’s announcement, the remotely controlled Wiesel/Weasel features a newly developed, integrated dual sensor with ground-penetrating radar as well as a metal detector. Its task in the so-called DEU Route Clearance System is to detect landmines and IEDs on sections of road as well as in off-road terrain.

Equipped with operator consoles for controlling the vehicles and systems for evaluating the dual sensor signals, the Fuchs/Fox 1A8 armoured transport vehicle serves as a mobile, highly protected command post.

Ordered separately, the ordnance verification vehicle is tasked with remotely controlled inspection of suspicious objects. An integrated video system lets operators onboard the Fuchs/Fox command vehicle monitor the situation on the ground at all times.

The contract is set to run for approximately four years.