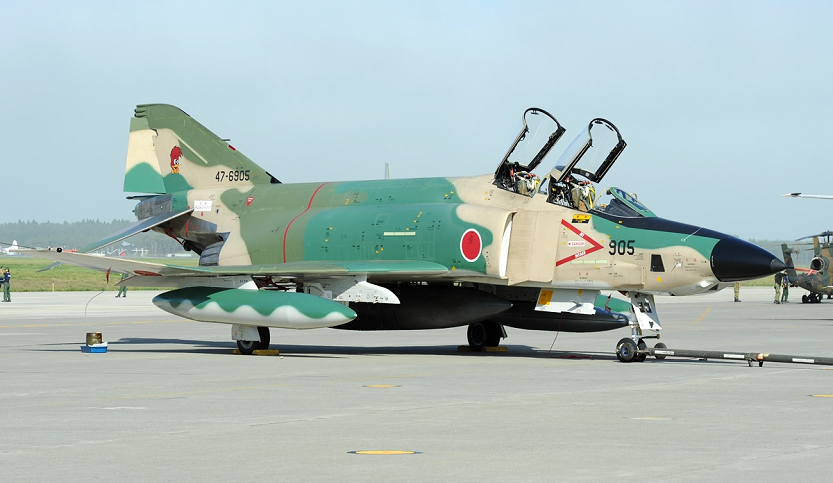 The Japanese Air Force has recently flown the last of the nation’s RF-4E/J Phantom II reconnaissance jets for the last time. Some of the aircraft have been flying for over 50 years. Japan plans on retiring its Phantom fleet by the end of the year, with the F-35 and another Japanese built aircraft expected to replace the aging fleet soon.

The last six RF-4 jets to take flight were part of the 501 Hikotai squadron. The aircraft are photo reconnaissance variants of the iconic fighter jet.

The F-4 Phantom II is a multi role jet first developed by the McDonnell Douglas corporation in the late 1950s. Considered by many the precursor to the F-35 Joint Strike Fighter, the twin engine, two seat aircraft has been built to handle air to air and air to ground missions, according to Popularmechanics.com. The aircraft is slowly disappearing with only three nations operating the aircraft, Japan, South Korea, and Turkey.

To replace the aging aircraft, Japan has ordered 150 F-35 fighter jets, including F-35s capable of vertical takeoff. Currently the nation operates three types of jets, the F-15J Eagle, a Japanese variant of the F-15, the Mitsubishi F-2, and the Lockheed Martin F-35. Japan has also made plans to modify its aircraft carriers to support the -B variant of the F-35.

Japan has also announced that it will develop a replacement for the nation’s F-2 fighter with help from American defense contractors. Unofficially known as the F-3, the new fighter will likely enter service in the mid 2030s. Lockheed Martin has offered the Japanese to develop a new version of the F-22 Raptor for Japanese forces but Japan has declined that offer, opting to develop a totally new aircraft.