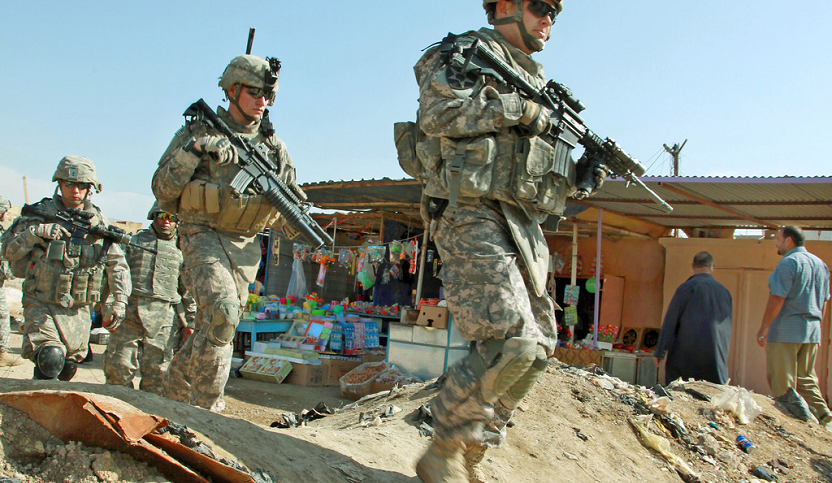 Boron carbide is used in body armor due to its high hardness to weight ratio. The material is useful against handgun bullets, shotgun pellets, and other lower velocity projectiles. The problem with boron carbide is that it is less capable of stopping higher velocity projectiles. When the material is struck by a projectile traveling faster than 900 meters a second, it undergoes a transformation that significantly weakens the material according to the Texas A&M University Engineering Department. “The bullet’s impact thus converts boron carbide from a crystalline state where atoms are systematically ordered to a glass-like state where atoms are haphazardly arranged. This glass-like state weakens the material’s integrity at the site of contract between the bullet and boron carbide.”

Military weapons often fire projectiles faster than 900 meters per second when fired at closer ranges. This has led researchers to research how to strengthen boron carbide.

Adding silicon to boron carbide armor reduces the negative transformation of the material by about 30%, as mentioned by Popularmechanics.com. The United States Army has used boron carbide for its Interceptor Body Armor in the 2000s and early 2010s. The body armor was incapable of reliably stopping high velocity rounds, however adding silicon may address that problem.

Research into advanced, lightweight body armor is ongoing, with scientists developing unusual material for use on stronger body armor. Spider silk is one material which qualifies as a good candidate for body armor, as it is lightweight, strong, and flexible.