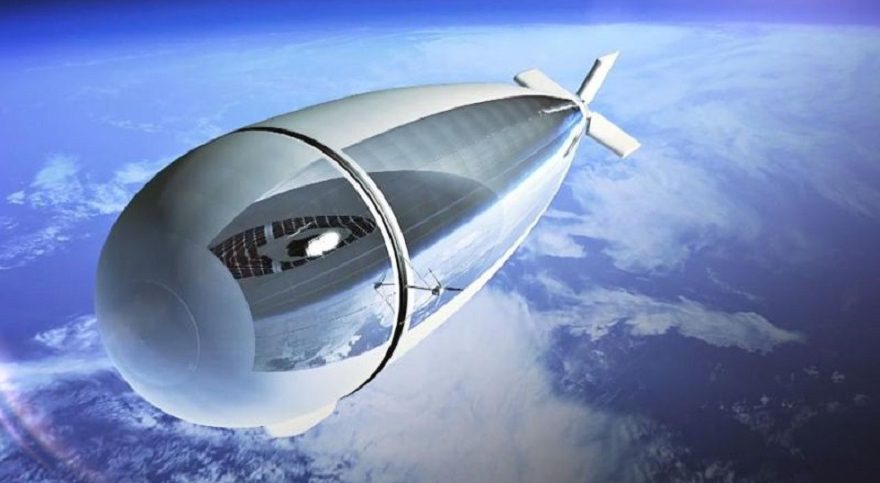 Will intelligence, surveillance and reconnaissance sensors work from an airship? France’s defense procurement agency, DGA, is interested in studying the possibilities. The DGA signed a contract with Thales Alenia Space and Thales to see if the Stratobus-type airship, operating from an altitude of 20 kilometers (65,600 feet), where the winds are moderate and the air density sufficient to carry them, could be useful to the French armed forces.

According to defensenews.com, the companies have been asked to design an operational concept study for an ISR mission, including exercises simulating its use in theaters of operation. The study contract calls for a full-scale demonstrator that can fly in the stratosphere and collect observations.

The development of “Stratobus” airship was launched by Thales Alenia Space in April 2016. Powered only by solar energy and measuring 33 meters (108 feet) across, the balloon would rise on its own to its final altitude, with no need for a launcher. To maintain its position and to withstand winds of up to 90 kph (56 mph), Stratobus would have four electric motors operating 24/7, which are controlled by GPS to keep the vehicle permanently in line with a reference point at ground level.

The companies say the Stratobus airships can conduct a variety of satellite- and drone-like missions, including remote sensing, environmental monitoring and communications.

The Stratobus is an autonomous stratospheric airship in the HAPS [High Altitude Platform System] category, operating from an altitude of 20 kilometers. Offering continuous regional coverage, it’s a perfect fit with satellite solutions. It can carry payloads for the surveillance of borders and high-value sites on the ground or at sea (such as video-surveillance of offshore platforms), as well as security (the fight against terrorism, drug-trafficking, etc.), environmental monitoring (forest fires, beach erosion, pollution, etc.) and communications (internet, 5G), according to Thales website.

The Stratobus would significantly increase the area monitored by a single platform, as the high altitude puts the horizon at 500 kilometers (310 miles). Considered a hybrid between a drone and a satellite, it would be able to linger for up to a year over a given area after which time it would have to be grounded for maintenance.

A flight demonstration is expected by the end of 2023.