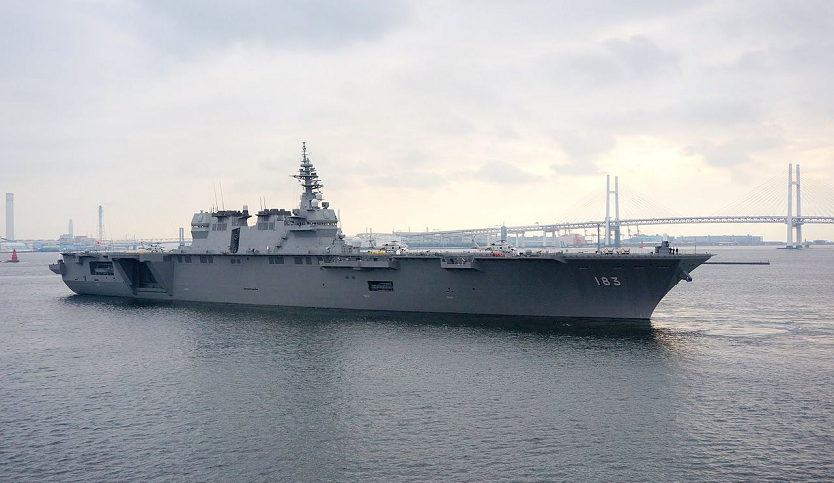 What would be the best way to recruit millennials to serve onboard naval ships? Probably by promising them high speed, free Wifi onboard.

Japan’s navy has made plans to supply its sailors with Wifi throughout their ships as a way to incentivize new recruits. The service has been having a hard time meeting its recruiting goals, so now the Japanese navy is easing on some its rules in an effort to boost recruitment.

Japan’s Maritime Self-Defense Force (MSDF) is planning to grant off duty soldiers with internet access onboard its vessels. Senior MSDF officials have decided to allow and expand Wifi access to off duty sailors, so that they can connect online from their rooms and communal areas.

The decision to grant soldiers with Wifi comes after sailors onboard Japan’s Izumo aircraft carrier complained to naval officers about a lack of internet during the ships voyages. So now, in true millennial fashion, sailors serving the Japanese Maritime Self-Defense Force will have complained their way towards internet accessibility.

Japanese naval officials have declared that the decision will not affect operational security onboard its vessels, according to Popularmechanics.com.

However ship based Wifi is harder to achieve compared to home Wifi. Wireless signals have a harder time traveling through an all metal ship, so in order for the Wifi to be effective, a ship will need to have much more wireless routers than a similarly sized area on land.

Military service in Japan is optional and not considered too popular among its citizens. Furthermore, Japan’s population is slowly shrinking due to a shrinking birth rate. Japan is also a rich country, meaning that the military will have to compete with the lucrative Japanese private sector to attract recruits. All these factors lead to the MSDF having made some unorthodox decisions in order to gain new recruits.

Meanwhile, American troops on their way to the Middle East are being told to leave their smart devices and laptops behind. This is due to concerns from the Pentagon that enemy forces may use the soldier’s data trails to learn information about troop movements.