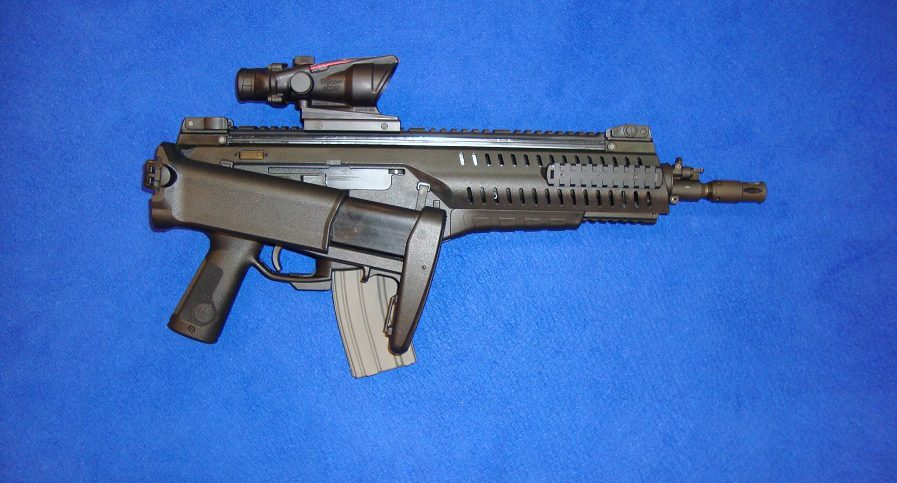 The Armed Forces of Turkmenistan are being rearmed with the ARX160A1/A2 5.56 mm assault rifles made by the Italian company Beretta and the Tavor-family 5.56 mm carbines produced by an Israeli company Israel Weapon Industries (IWI), according to the official media outlet of the Turkmen Ministry of Defense (MoD).

In the photos from a parade, the servicemen of the Turkmen Land Force were carrying the ARX160A1 5.56 mm assault rifles with optical sights attached to the firearm’s upper MIL-STD-1913 Picatinny rail.

According to armyrecognition.com, the Turkmen Air Force servicemen, who were involved in the parade, were armed with the basic ARX160A1 5.56 mm assault rifles with no sights or accessories. The members of the Turkmen Special Forces were carrying the same variant of the firearm. Nevertheless, some black-dressed special units received ARX160A1s with longer barrels and optical scopes.

Previously, the Turkmen Armed Forces were armed with Kalashnikov AK-74-family assault rifles chambered for the Soviet/Russian 5.45×39 mm cartridges. Moreover, some Tukrmen special units are known to have been fitted with the Israeli-made Tavor X95 5.56 mm carbines.

The ARX160 is an Italian modular assault rifle manufactured by the Italian Company Beretta. Developed for the Italian Armed Forces as part of the Future Soldier program. It was launched in 2008 as a commercial weapon system, complete with a companion single-shot 40×46mm NATO low-velocity grenade launcher, called the GLX160, which can be mounted underneath the rifle or used with an ad hoc stock system as a stand-alone weapon.

Artificial Intelligence Use Cases to Expand in 2020

This System Sees Through Armor