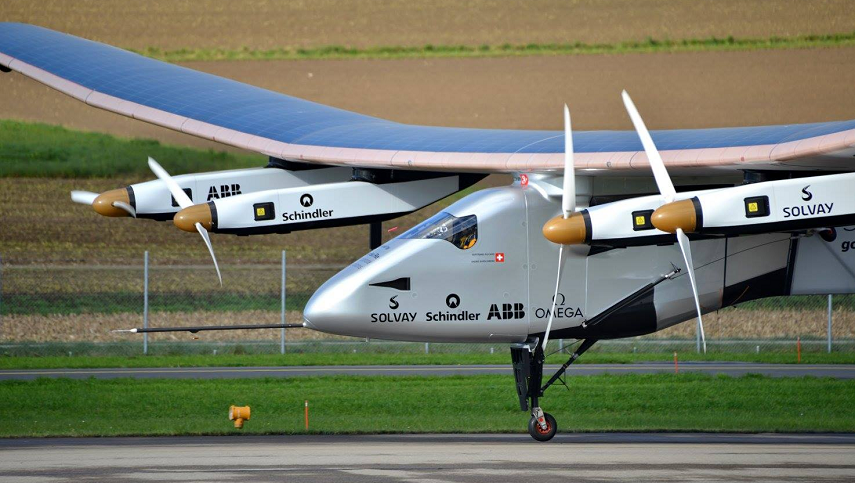 An Italian aerospace company has recently invested in a new completely electric, solar powered drone. The company, Leonardo, has become the leading investor for the Skydweller drone, which will be able to carry an 800 pound payload and is expected to have its first flight by 2021.

The Skydweller drone is expected to be the world’s first fully electric UAV capable of carrying heavy payloads and traveling an unlimited range.

Over those 16 months, the aircraft flew 42,438 kilometers at an average speed of 76 kilometers an hour. This means that the aircraft had a total flight time over 558 hours (23.25 days). The longest leg of the trip was when the aircraft flew from Nagoya, Japan to Kalaeloa, Hawaii, resulting in 117 hours and 52 minutes of continuous flight over 8,924 kilometers of the Pacific Ocean, according to Solarimpulse.com. So although the aircraft’s endurance is impressive, it still has to make up for its lack of speed.

The video below shows how the pilots managed to stay in a tiny, one man cockpit for days at a time during long and slow flights.

In contrast to the Solar Impulse 2, the Skydweller is designed for unmanned flight at medium altitudes. It also is expected to carry relatively heavy payloads and sensors therefore granting the aircraft military applications.

Defensenews.com reports that the first phase of the Skydweller program is to convert the Solar Impulse 2 into an optionally piloted autonomous vehicle by next year.

The second phase envisions an unmanned version of the aircraft by 2021.

This New Solar Drone will Remain Airborne for 90 Days

Drones Assisting in the Effort to Achieve Renewable Energy