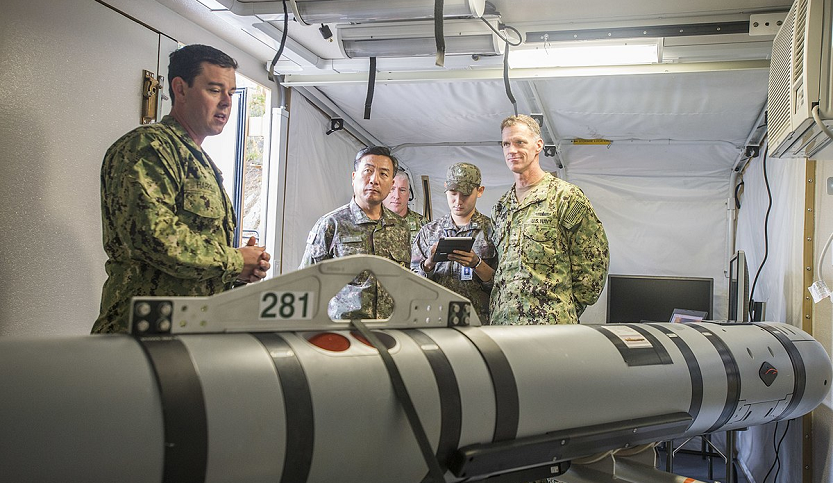 The United States Navy has recently closed a $15.8 million contract with a marine robotics company to upgrade the MK 18 Kingfish unmanned underwater vehicle. The MK 18 is used for reconnaissance for amphibious landings, hydrographic mapping at depths up to 40 feet, and underwater mine countermeasures.

The MK 18 navigates with the help of acoustic transponders and P-coded GPS.

Navy officials have called for Hydroid Inc. to develop, test, and supply additional improvements to the MK 18’s reconnaissance systems.

Militaryaerospace.com mentions that the MK 18 Kingfish UUV is a variant of the Hydroid REMUS 600, which was originally developed to support the Navy’s UUVs.

The MK 18 Mod 1 Swordfish UUV was first fully operational in 2008. After several system upgrades, two separate UUV programs were combined to eventually create the MK 18 Kingfish family of UUVs in an effort to deliver improved detection capabilities against underwater and even buried mines.

The REMUS 600, the UUV that the MK 18 is based on, can dive up to 2,000 feet deep and can operate for up to 24 hours on a single charge. The UUV is mainly used for mine detection, harbor security, underwater mapping, search and salvage missions, scientific sampling, and environmental monitoring.

Hydroid will work on further upgrading the MK 18 Kingfish UUV and is expected to finish the work by August 2020.

One Third of US Warships Will Be “Ghost Ships” Research Shows

The US Navy Takes New Approach In Cybersecurity