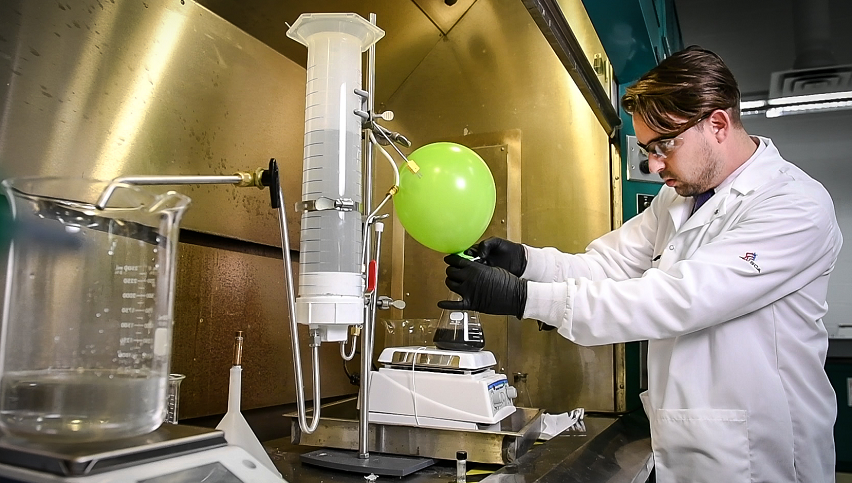 The United States Army has recently announced that it will begin to use a new technology designed to harvest hydrogen. The technology harvests hydrogen from an aluminum alloy powder and any water based liquids. The technology is intended to produce hydrogen fuel cells whenever needed.

Hydrogen fuel cells can be used for generating power. Back in 2017, researchers from the Army have discovered an aluminum-based alloy powder that reacts with water based liquids to create hydrogen. The powder is structurally stable and does not require a catalyst to produce hydrogen.

Generating on-demand hydrogen is about equal to generating power. The military application of the technology would involve soldiers out in the field, far from any source of electricity, using the powder and any water based liquid to generate energy to power their electronics. The liquid could be anything water based, from water to urine. The water will dissolve the powder and release hydrogen into a fuel cell, providing power for electronics.

The powder is environmental friendly and easily transportable.

H2 Power LLC is the first company to receive the hydrogen technology rights from the Army. Hydrogenfuelnews.com mentions that the Army has filed a patent for the technology and are now inviting companies to submit ideas on how to commercialize the new technology.

The Army gave the right to use the patent for generating power in vehicles such as motorcycles, cars, vans, SUVs, trucks, and buses. H2 Power is also permitted to use the technology in generators and other equipment that produces power.

The Army is still looking for other offers from companies to best utilize the technology.

Global Warming Impact on the Battlefield

From Wasted Heat to Valuable Energy