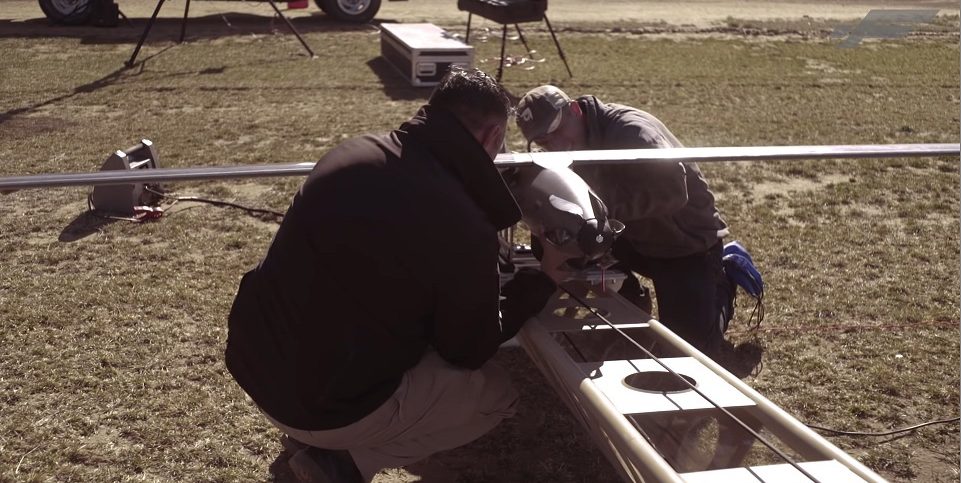 A new extended model of the Silent Falcon solar electric, fixed wing, UAV has been launched. The EE or Extended Endurance model incorporates the newest technological innovations in solar panels, battery and solar power conversion. It can stay aloft for up to 8 hours in day time, and 4 hours at night.

The Silent Falcon is an open interface, open architecture modular system that was designed to easily integrate new technologies and capabilities once they have been proven in the field.

The extended UAV, manufactured by Silent Falcon UAS Technologies, features upgraded communications capabilities that include three MIMO MANET radios at the Ground Control Station with the SF TriAntenna configuration. This configuration significantly increases connectivity, bandwidth and reliability, according to silentfalconuas.com. It also allows one of the radios to be used to connect a remote site, such as a command center to the radio network.

The Silent Falcon platform has been successfully used in various Intelligence, Surveillance, and Reconnaissance; Search and Rescue and long-range border patrol missions across the globe; and in extreme environmental conditions while assisting the US Department of Interior in wildfire fighting operations. Its long-range, long-endurance attributes, as well as its portability and very small operational footprint proved to be key factors contributing to the success of these missions.