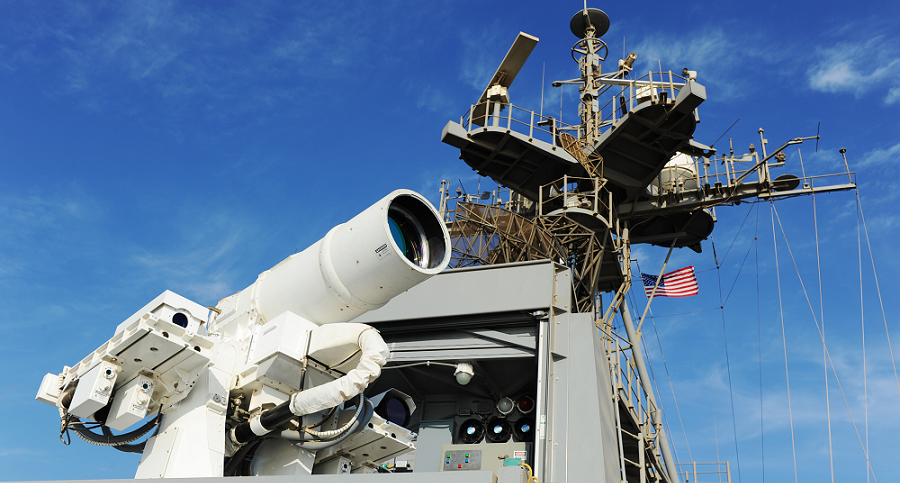 In the relatively near future, the U.S. Navy intends to deploy a laser weapon system aboard one of its destroyer ships.

News.usni.org reports that the Navy intends to install a High Energy Laser and Integrated Optical-dazzler with Surveillance (HELIOS) weapon system aboard a West Coast Arleigh Burke-class Flight IIA destroyer by 2021. The new laser is intended to operate at 60 kilowatts, three times more powerful than the laser weapons system the Navy tested aboard the USS Ponce five years ago. The laser system is mainly intended to target small attack boats and unmanned aerial vehicles.

The HELIOS system is to be developed by Lockheed Martin. Last year, the company was granted a $150 million contract to ship two of the systems. One for onshore testing and the other to be installed on a ship.

An issue that has risen with the more constant use of laser weapons is the integration of energy directed weapons with the existing combat systems in the Navy’s fleet. Aside from being a weapon, the laser system also provides targeting data that is more precise than the existing systems on the ship. The challenge here is to efficiently combine the capabilities of the targeting data and the offensive power.

The crew that receives the laser technology in 2021 will have to learn from scratch how to utilize the laser with the ship’s existing combat system.

“Starting with the simple level, it’s closing the fire control loop and moving from there,” said one Navy official. “Fundamentally, we’re going to start to make sure we have a two-way input output from the laser into the combat system so we can track and sense using the laser. That’s a starting point and we’ll see how it progresses from there.”

Further Navy developments include working to develop a laser system capable of stopping larger threats such as anti-ship cruise missiles.