home Weapons Ammunition U.S. Army Develops Gun Unlike Any Other 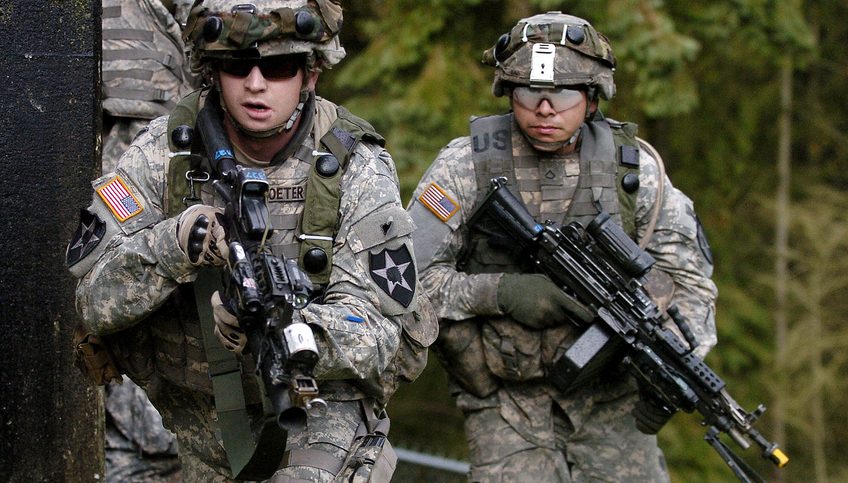 Soldiers equipped with a variety of attachments to their M4s and M16s, such as aim lasers and night vision scopes, more often than not also carry the heavy burden of the attachment’s batteries. To alleviate this issue, a new type of rifle is being developed in order to provide maximum efficiency to soldiers.

“To make them all work, soldiers were carrying 10-15 pounds of batteries for a 30-day mission,” said Don Mclaughlin, president of T-Worx.

T-Worx is aiming to solve that problem and generally reinvent the machine gun. The market is estimated at over $500 million, as the U.S. Army moves quickly to replace hundreds of thousands of machine guns and carbines and develop accessories for them.

The Army’s new push is also likely to kick off a wave of innovation in guns, and other new companies, like T-Worx, to serve as suppliers.

Back in 2008, the Army issued a call for proposals for technology to solve the battery problem. McLaughlin submitted a proposal for a $150,000 feasibility study.

Eventually, over the next five years and with the help of more funding from the Army and angel investments, he came up with a product called I-Rail, which provides unified power source for apps and accessories, and a method for communicating from a soldier’s weapon to the base or commanders.

A strategic shift from the Army resulted in a need to overhaul its small arms entirely – about 400,000 weapons.

The weapon the Army is working on is a “significant technological advance over anything that exists today,” said Army Chief of Staff Gen. Mark Milley.

The new weapons, according to Mclaughlin, will shoot larger and more powerful bullets, 6.8 mm rather than 5.56 mm.

T-Worx’s I-Rail, and likely other products developed for the new weapons, include communications ability. For instance, he said, a commander would be able to tell how many rounds were fired, to identify the intensity of a firefight, according to forbes.com.

Dual-Use Technology to Be Used for UGV Propulsion