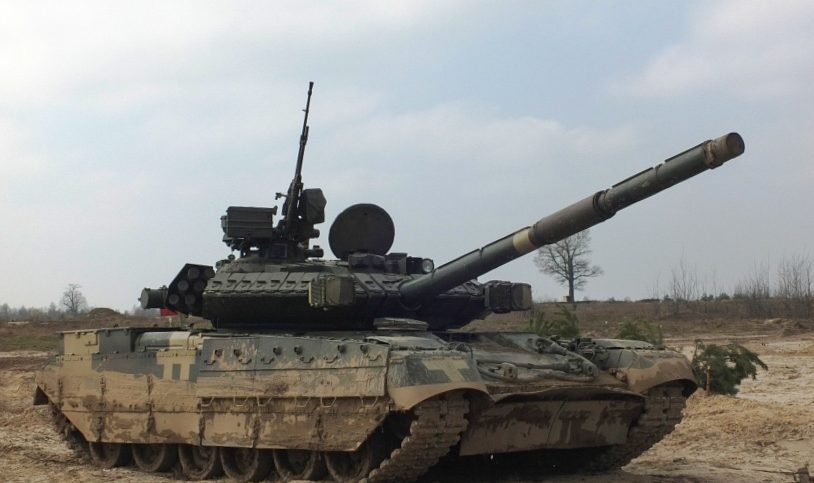 Tanks are large, lethal vehicles surrounding their crews with layers of thick steel, composite, and even uranium armor. All of that protection makes it hard to see outside the tank, however, and tankers usually must rely on small vision ports to learn about the environment. Seeing to the tank’s flanks and rear is particularly difficult.

A new technology borrowed from fighter jets promises to give tankers an unprecedented view of the battlefield around them — without exposing them to lethal enemy fire.

Camera systems, often linked to VR headsets, can provide soldiers with a real-time view of the world outside their tank, eliminating the often severely restricted view tankers are forced to fight with.

One of the F-35 Joint Strike Fighter’s most fascinating features is its so-called Distributed Aperture System, or DAS, which uses a network of infrared cameras on the outside of the F-35 to provide the pilot with views in all directions — including behind the cockpit and straight down through the cockpit floor, providing the pilot with greater situational awareness.

According to popularmechanics.com, LimpidArmor, a Ukrainian company, is testing a form of DAS for tanks. The company says its Land Platform Modernization Kit “enables a 360-degree real-time battlefield environment delivery” to the crew of armored vehicles due to 4 sets of cameras that merge streams and displays it in an operator’s augmented reality glasses.

The technology increases safety of both vehicle operators and people outside by enabling its crew to see even in so-called “blind zones.”

The kit which is installed on a Ukrainian Army T-84 main battle tank uses 16 image-stabilized cameras that provide both day and night vision views in all directions outside the tank.

The system is based on Microsoft’s Hololens mixed reality headset. The Hololens attaches to a tanker’s helmet like a pair of night vision goggles, allowing outside camera views to be projected into the user’s field of vision.

In addition to camera views the Hololens can project other data, including the “telemetry of all systems of the combat vehicle, task statuses, goals, interactive hints, placement of friendly and hostile units. It can be connected to the fire control system and to receive data from the UAV.

IT App Makes System Repair Accessible to the Public