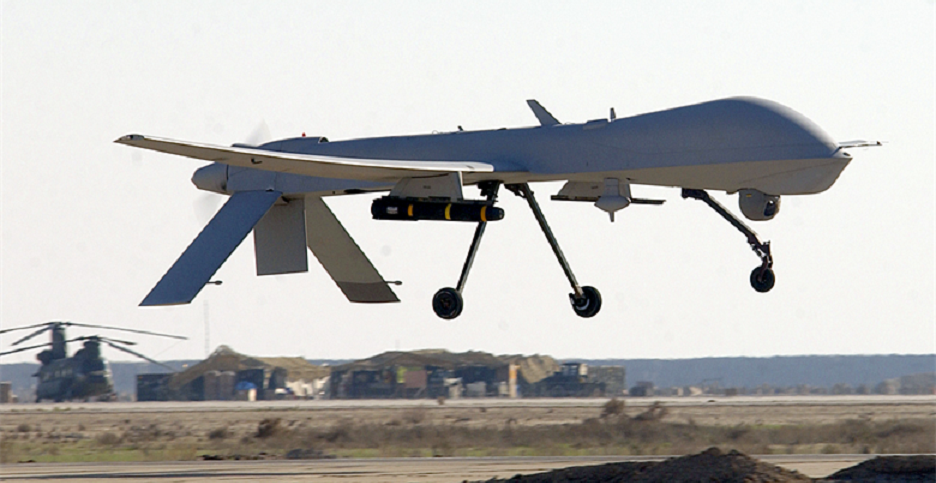 A Russian unmanned aerial vehicle may be sold to a Middle Eastern country. Officials from the Russian defense firm Kronshtadt Group announced the possible sale of the company’s Orion UAV to a country in the Middle East but did not specify which one.

According to defensenews.com, the Orion-E (export version) is Russia’s medium-altitude, long-endurance drone with a reported range of 250 kilometers, a total flight duration of about 24 hours and a maximum altitude of 8,000 meters.

Originally designed for only intelligence, surveillance and reconnaissance missions, Russia has announced a combat version that can carry up to 200 kilograms of cargo, which will also be available for export. (In fact, the aircraft is “intended” to carry a payload of 60kg, according to defence-blog.com).

The Orion-E was unveiled in July 2017. The aircraft features a slender, 8m-long fuselage, and a V-tail. The drone has a 16m wingspan in flight.

Samuel Bendett, an expert on Russian military robotics, said the Orion “most closely resembles America’s Predator/Gray Eagle UAV in its technical characteristics.” Citing Russian sources, he said, “the two countries most likely to acquire [the Orion] are Syria and Egypt. Syria and Russia already enjoy a very close mil-to-mil relationship, while Egypt is diversifying its military imports from reliance on U.S. and occasional Chinese technologies.”

Other potential buyers include, according to Bendett, the United Arab Emirates, as well as Lebanon and Iraq.

“Russia is keen to win new UAV markets but realizes it has an uphill climb against American, Israeli and Chinese UAVs in the short- to mid-range sector,” Bendett added.