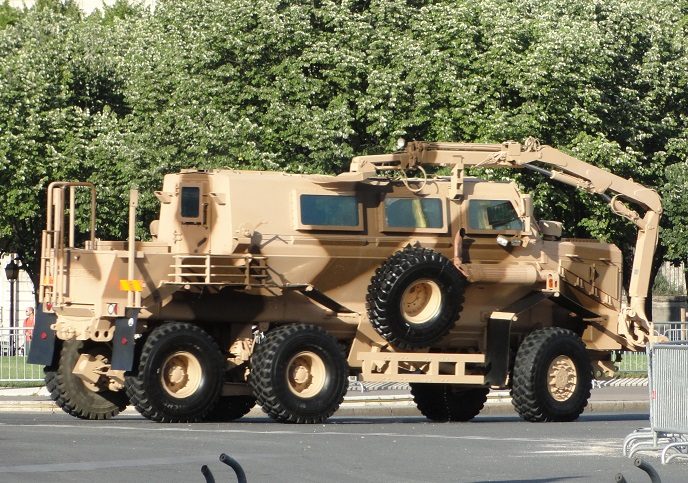 The US army has been testing a new Multi-Functional Video Display (MVD) for the Medium Mine Protected Vehicle (MMPV) Type II. The new monitors will give vehicle commanders and crew complete visibility around the vehicle, keeping them buttoned up and safe from potential explosives outside.

The U.S. Army Operational Test Command is collecting data on the integration of the video displays with the MMPV Type II to inform senior Army leaders on how effective, suitable and reliable the MVD will be during combat, according to army.mil.

Video input to the MVD is provided by an array of on-board enablers, which provide crewmembers with all information needed to detect and defeat roadside explosives.

During the test, the 509th Engineers deploy the MMPV and new video display in a realistic tactical scenario, to see how well the new system supports their mission.

“The importance of collecting data on the MVD is to verify the usability of the MVD by Soldiers in an operational context,” said Maj. Michael Fleischmann, the test’s Operational Research and Systems Analyst and data project manager.

“The operationally realistic scenarios allow for the test unit Soldiers to tell the Army how well the system supports their mission execution,” said Fleischmann. “We want to ensure that any issues the Soldiers have with the system are discovered now, rather than in the middle of combat.”

“By allowing soldiers to test the monitor in a realistic environment,” explained Fleischmann, “they share their real-time feedback that may allow for easier operation for the user.”