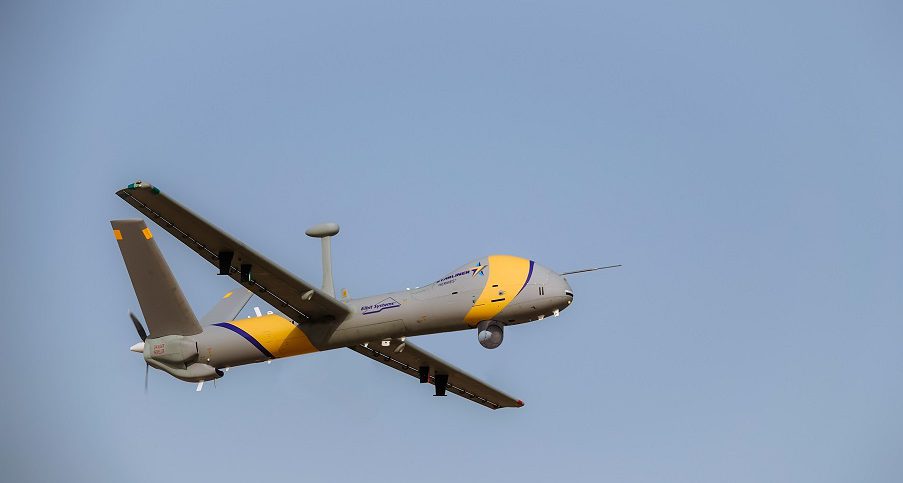 For the first time ever, the Civil Aviation Authority of the State of Israel (CAAI), that operates under the Israeli Ministry of Transport and Road Safety, has certified an Unmanned Aircraft System (UAS) for civil aviation, approving it to fly in civilian airspace as any other civilian airplane and not restricting its flight to unsegregated airspace. “As far as CAAI is aware, this is a world first,” said Head of the CAAI, Joel Feldschuh.

The certification was granted to Elbit Systems’ Hermes Starliner advanced UAS. Authorizing a UAS to fly above populated areas and in any civilian airspace enables governments as well as international and commercial organizations to incorporate large, long-endurance unmanned aircraft in missions that until now were only performed by manned aircraft.

The receipt of the Type Certificate completes the compliance of Elbit Systems’ Hermes Starliner UAS with the NATO standardization for approving UAS for integration in civilian unsegregated airspace.

For safety reasons, international aviation regulations prohibit uncertified aircraft from flying in civilian airspace, limiting the operation of UAS’ to unsegregated airspace, until now. The certification issued by the CAAI to the Hermes Starliner UAS changes this. The certification is the culmination of a six-year process that included extensive ground and flight tests. The tests were conducted in compliance with air navigation rules, airworthiness basis and aviation standards regulated by the International Civil Aviation Organization (ICAO).

With a wingspan of 17 meters and weighing 1.6 tons, the Hermes Starliner UAS is capable of up to 36 hours of continuous flight at an altitude of up to 25,000 ft. and can carry an additional 450 kg of electro-optical, thermal, radar and other payloads.