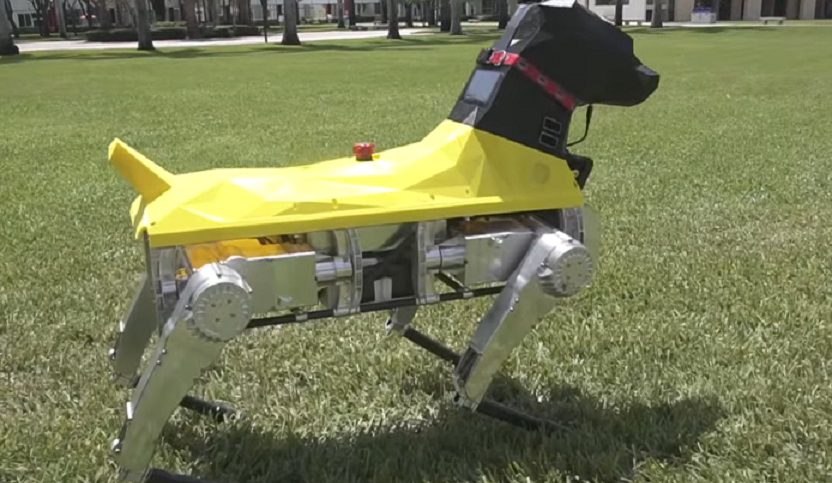 The US Air Force has been experimenting with how laser sensors, on drones and robots, can map damage in facilities and buildings in dangerous situations such as in the aftermath of a disaster, or map an aircraft after a crash.

Lidar (Light Detection and Ranging) is commonly used on self-driving cars as one tool for the vehicles to perceive the world around them. Putting lidar on drones and on ground robot dogs gives the military a way to map the interior of a building with a machine. With that lidar data transmitted to the computers in a command center, or even just the tablet of an operator sitting outside the building, a human can see what the robot sees, and direct the robot accordingly keeping human teams away from danger.

Thanks to lidar imaging technology, damage in a construction can be seen clearly and in fine detail without having to survey the area, says Brian Goddin, from the US Air Force Installation and Mission Support Center public affairs. Creating a virtual 3D model of the buildings as they stand can guide future repair. Such a virtual model is a useful tool for regular maintenance and repair, and it provides a record of a prior state should disaster strike again.

Such techniques could also allow better investigations of failure after the fact. By comparing lidar scans of downed or wrecked craft to those before launch, and to surviving aircraft that made it back from a fight, the Air Force could understand how to better make more durable craft. Scanning a wrecked plane with lidar also lets rescue workers and recovery teams know if and how they should act to save pilots and passengers, as reported by popsci.com.