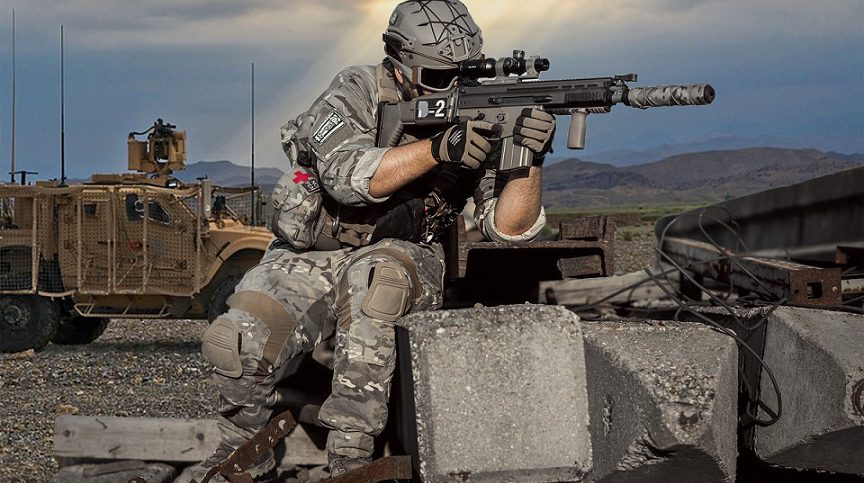 Military bicycles are making a comeback in upgraded “e-bike” form. The heavy-duty, battery-assisted off-road electric bicycles are offered for tactical use as military tools, especially for the special forces.

One model, unveiled in early 2020, was jointly branded by Quietkat and Jeep. According to inews.co.uk, Denmark, the United Arab Emirates and an unnamed European NATO member have already bought models for use by paratrooper units and special forces.

They come complete with handlebar-mounted gun carriers and can be used by commando forces needing a way to get behind enemy lines.

With five-inch-wide tyres more likely to be found on a motorbike, a range of nearly 60 miles and silent 1,000w motors, the platform has been tailored for the needs of cycling special forces. It comes with a portable solar panel to allow battery charging while on operations.

Three orders for the bikes have come in from the UAE, where it is being tested for its use in desert combat. Jeep has also delivered a collapsible version of the bikes for use by Denmark’s paratroop forces. And the company is working with various law enforcement bodies, including the FBI.

QuietKat said the bikes have been built very much with the needs of a military application in mind – the ability to be completely off-road, to carry heavy loads and be silent.

The manufacturers of the combat bikes argue that the arrival of battery technology makes the machines viable by allowing soldiers to pedal a considerable distance while also carrying a typical equipment load of about 30kg.