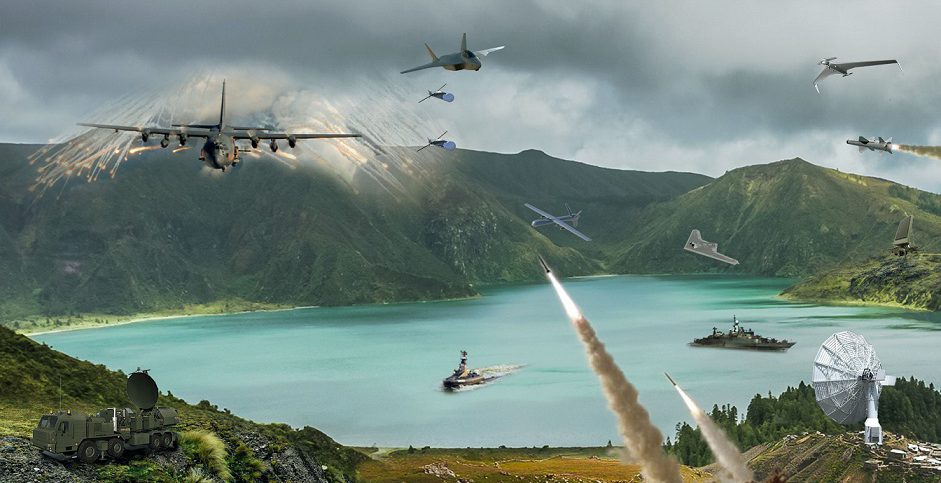 The modern battlefield is characterized by a proliferation of sensors and threats to friendly forces in terms of quantity, range, and integration. These arrays include capabilities of active detection (such as radars), passive detection (SIGINT, IR), and a wide variety of effectors such as surface-to-air missile (SAM) arrays (in all ranges and heights). Of critical importance are electronic warfare (EW) arrays with an emphasis on jamming and deceiving global navigation satellite systems (GNSSs) upon which combat platforms, command-and-control systems, and munitions rely.

The challenges facing the attacking force that are raised by these threats drastically reduce the probability of mission success (at best) and even impair the survivability odds of the attacking platforms (e.g. airplanes, ships, and armored fighting vehicles (AFVs)).

In today’s world, each platform is exposed to a variety of threats in terms of detection, elimination, and impact on navigation capabilities and munitions accuracy. As such, there is a need for mission planning capabilities that include analyzing the behavior of the attacking systems and platforms in the presence of the expected surrounding threats. By comparing mission performance in various configurations and applying automatic optimization, one can generate recommendations for maximizing the probability of mission success and platform survivability.

This capability is required for each of the domains (land, sea, and air) participating in combat. However, the full potential of this capability will be realized in situations where it is possible to plan and execute mission across domains. Multi-domain examples include using munitions launched from the sea to attack a land target for ground forces, or using airborne EW systems for defending land or sea missions.

To realize planning capabilities in a complex arena, it is necessary to consider all problem components (e.g. topography, land coverage, enemy sensors and threats) versus the performance of the platforms, systems and munitions that will execute the planned mission.

Ultimate planning will allow obtaining: a minimal signature for the mission in terms of its optimal flight/cruise/navigation route; the usage of electromagnetic spectrum resources; the decision point for arming munitions; and, if necessary, the operating configuration of supporting sensors. All this should be done in such a way that the mission will be performed with high success rates, on the one hand, and with minimal resources, on the other hand.

Since the enemy is not passive in its behavior during mission execution, there is a need to provide ongoing situational awareness, and then respond to it by updating mission parameters in real time. This capability relies on AI-based tools that fuse together a large number of information sources into an intelligence picture with execution-related insights.

AI capabilities enable the generation of insights not only for supporting mission changes in real time, but also for creating recommendations for changes at the campaign level. Sample insights include pointing out changes in battlefield trends or enemy behavior over time, and successful or superior attack methods and concepts of operation (CONOPS).

From here it is possible to suggest changes that will enable adaptive and optimal utilization of resources, including changes to CONOPS, flight/cruise/navigation routes, resource allocation, and spectrum utilization.

The Omnisys BRO suite of battle resource optimization systems supports all stages of the mission lifecycle: planning, real-time control, and debriefing. BRO systems offer an intuitive user interface that allows users to define policies and principles according to which the system will operate while finding the optimal solution for each mission. 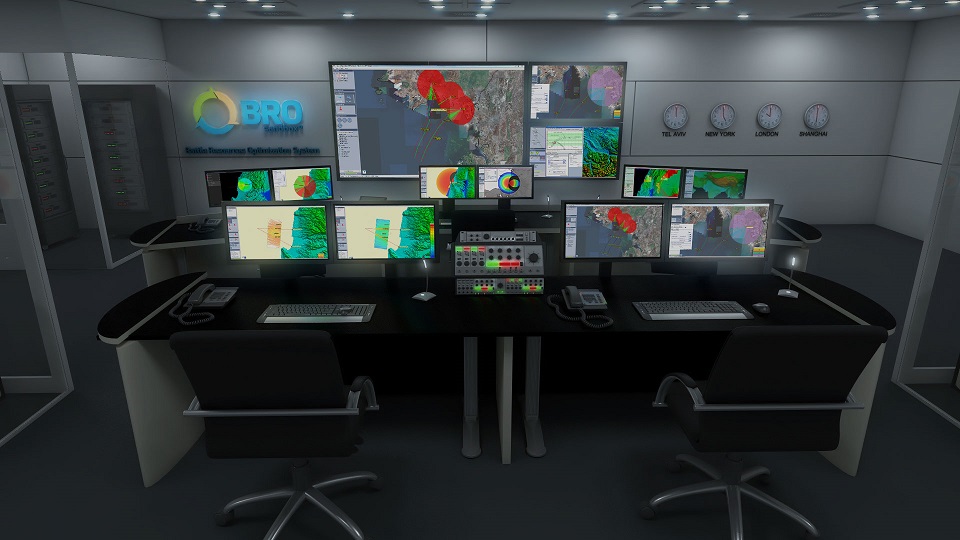 BRO systems take into account the conditions of the operational arena, starting with modeling each friendly platform/system and each threat, through modeling the connectivity and hierarchy between various components, to fully analyzing the arena.

The systems model “blue” (i.e. friendly) entities at the fidelity level required for the mission. This includes the performance of platforms, munitions, and the technical and operational conditions for carrying out the mission, including navigational and strike accuracy.

The systems also consider the mission’s environmental conditions and how they affect the performance of various platforms and munitions, such as digital terrain models (DTMs), digital surface models (DSMs), weather, visibility conditions and more.

The systems make recommendations about the allocation of spectrum resources and suggest a policy for how to use it in light of their understanding of all spectrum consumers in the scenario (enemy, friendly forces and uninvolved parties). They further provide solutions for cases of spectrum fratricide or jamming.

In the execution phase, BRO systems receive data from all linked sensors, process it, and build a situational awareness picture that relates to the arena’s behavior versus expectations. They also provide feedback regarding the success of mission execution in light of the mission’s various objectives.

The systems deliver real-time insights that can affect mission performance in the form of changes in: allocations for the order of battle, priorities, navigation and routes to targets, and the use of spectrum. They also offer insights about changes in the enemy’s policies or status.

BRO systems have the ability to build a long-term picture of trends and changes in enemy behavior in all its components, including the utilization of its EW systems. They also relate to the effectiveness of friendly forces’ various platforms and munitions, by analyzing the outcomes of battle damage assessment (BDA) and producing operational insights for changing future courses of action.

Omnisys specializes in the development and supply of mission optimization and battle management systems. The company provides the Israel Ministry of Defense, the IDF, and major defense companies with systems that optimize operational performance, enabling forces to optimally execute missions and maximize performance on the battlefield.

The company has extensive experience providing planning and optimization systems for attack missions on the multidimensional battlefield.

Learn more about the BRO suite of battle resource optimization systems at the Omnisys website.