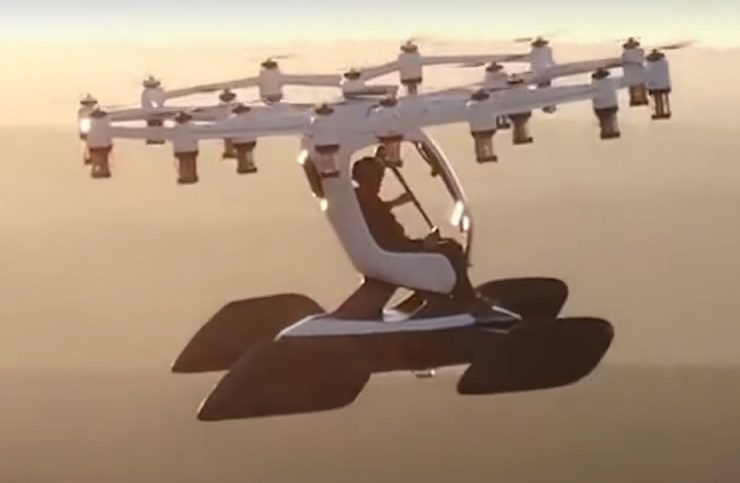 A flying car initiative of the US Air Force has the potential to save lives or deliver critical equipment, all while decreasing the service’s carbon footprint.

A flying ambulance heads to a remote airfield somewhere in the Pacific. With or without a pilot behind the controls, it’s able to land vertically, like a helicopter, near a base where troops are under attack. A wounded service member boards and straps into wearable technologies that monitor his condition, and the aircraft takes off to a site where his injuries can be treated.

Lt. Gen. S. Clinton Hinote, the Air Force’s deputy chief of staff for strategy, integration and requirements, told military.com: “I could see a time in the future where high-speed vertical takeoff and landing aircraft are very useful.”

Flying cars — known by the Pentagon as “organic resupply buses,” or ORBs — could be used stateside to transport VIPs or for National Guard missions including firefighting, personnel recovery, search and rescue, and aeromedical evacuation, Hinote said.

Aircraft takeoffs and landings will have to look different in the future, he explained.

“Runways are always going to be targets, and this is the problem with what we call the dual-use runway,” Hinote said. “Fixed-wing aircraft such as the C-130 Hercules will be vulnerable as they deliver supplies or transport personnel.

In Hinote’s vision, the flying cars will be very fast and made of a composite material, giving them a low radar cross-section to decrease detectability. That will make them useful to troops in a near-peer conflict who “need to get [to] a certain part of austere airfields to deliver parts, for example,” he said.

Electric- or battery-powered flight “has the potential to be a game changer for us,” the general said, “because fuel is heavy and carting around fuel is not logistically sound.”