Within the framework of Operation Guardians of the Walls, Gaza Division, infantry and artillery troops were enhanced with a resilient communication network enabling C2 and rapid-fire loop closure in collaboration with the Air Force, Intelligence Corps, and homefront headquarters.

In a special interview with iHLS, C4I Corps Commander Brig. Gen. Yariv Nir portrays the important part played by the C4I Corps in the Guardians of the Walls operation. 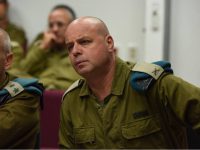 Brig. Gen. Nir unveiled that one of the major achievements of the Corps during the operation has been the thwarting of cybernetic targets: “Both infrastructures and operators in the fields of cyber and spectrum were attacked. The operators had initiated cyber attacks against Israeli civilian and military targets gaining spectrum jamming capabilities (GPS, WiFi, etc.) – all these capabilities have been destroyed, providing Israel with ultimate superiority in this field.”

Brig. Gen. Nir disclosed that during the operation, Israel thwarted Hamas’ capabilities to jam Israeli airborne and stationary targets, destroying the spaces that contained both the equipment and operators. This has awarded Israel with ultimate cyber and spectrum superiority, which will take Hamas a long time to erode. 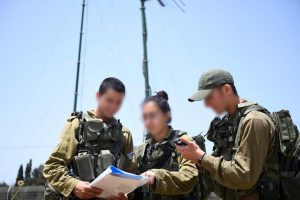 What cyber capabilities did Hamas have in the first place? According to Brig. Gen. Nir, a few years ago, the C4I Corps thwarted a Hamas cyber attack attempt against Israel. “Since then they continued operations but we detected, in collaboration with the National Cyber Headquarters and the Israel Security Agency, their infrastructure and operators and thwarted these capabilities.”

The digital transformation taking place in the Corps during the last two years has strengthened its infrastructures, enabling the accessibility of all information to the operational edge – accessing information right to the fingers of infantry platoon commanders in real-time. This process has been part of the Tnufa Multi-Year Plan for the IDF.

During the current operation, C4I Corps has implemented rapid-fire loop closure capabilities thanks to the ability to make information accessible to the end-user and thanks to the fact that infrastructures are now shared by all arms, especially on the cloud. These shared infrastructures enable visual information streaming from all sensors to all players up to the encrypted mobile phone of the end-user, as well as a WhatsApp-like multi-arm chat system dedicated for collaborative missions. These capabilities provide common situational awareness to players at all levels, from the Air Force’s headquarters to the infantry soldier. 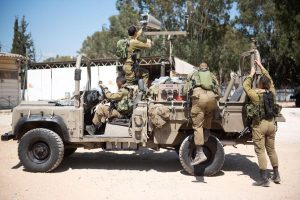 Brig. Gen. Nir points out that these achievements have been the result of the work of Israel’s best professionals – C4I’s officers from all levels, who are well aware of the responsibilities and power entrusted to their role.

At the same time, the C4I Corps has been operating in other arenas – at northern Israel and the West Bank. The geographical proximity of people in the West Bank has been challenging, however, the Corps has developed identification friend or foe technological capabilities.

Brig. Gen. Nir, who has been serving as C4I Corps Commander since 2018 had fulfilled a wide range of core and operational roles in the Corps.

All photos by IDF Spokesperson