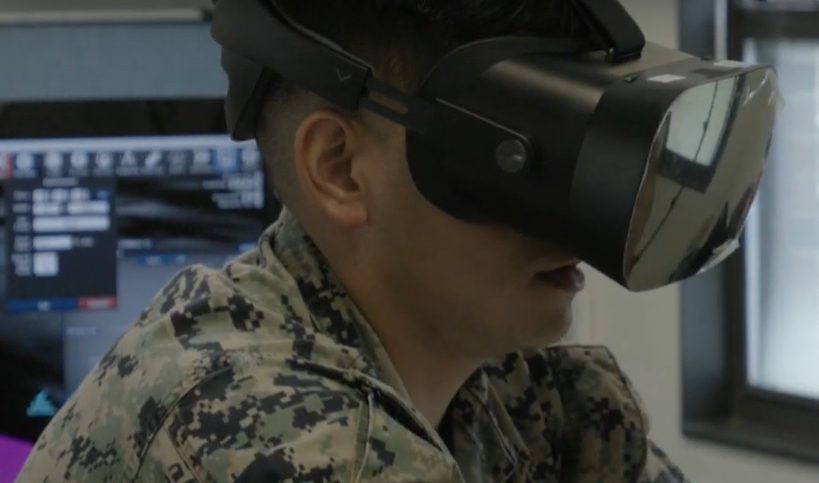 The use of Virtual Reality (VR) in the military enables soldiers to carry out various operations without any chances of injuries or human life endangerment.

The systems were developed in order to make training more immersive and engaging. Future training systems need to be easily accessible and useable to Marines—and complement the type of activities they perform during live-fire exercises.

Timothy Parker, who is currently Fires subject matter expert supporting the Office of Naval Research’s Warfighter Performance Department  said: “When you look at other simulators, there are fixed-location sites that provide great training. But they also require scheduling, a building, a staff. With a system like JVT or 3D WAR, units can train any time and place—within diverse virtual scenarios involving multiple targets.”

JTAC Virtual Trainer (JVT) being developed by Virbela has a video game software in a commercial gaming computer. This system is equipped with features such as virtual reality , a head mounted display which allows the JTACs to give an experience of a fully immersive environment. This in turn gives the user a realistic feel about the entire operation conducted and will be able to affect their decision making ability when it comes to such a situation in real life scenario.

The 3D Warfighter Augmented Reality (WAR) makes use of augmented reality (AR) technology which enables the Fire Support Marines to see virtual targets as they would appear in the real world such as vehicles and aircrafts. This system comes with an augmented reality (AR) backpack, a head mounted viewing display with goggles, navigation sensors that track location and feed video to the head-mounted display and a handheld tablet, as reported by techstory.in.