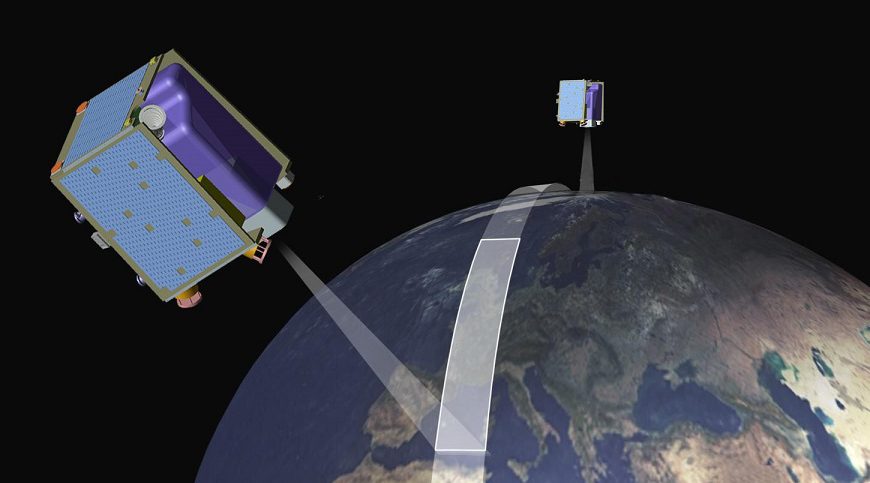 An optical reconnaissance satellite for the French military took off from Guiana Space Center in South America atop a Russian-made Soyuz launcher on December 29 to begin a 10-year mission surveying the globe.

Running more than eight months late due to delays primarily caused by the coronavirus pandemic, the mission succeeded in delivering the 7,852-pound (3,562-kilogram) CSO 2 spacecraft to an on-target orbit around 300 miles (480 kilometers) above Earth.

The CSO 2 spacecraft is set to provide the highest-resolution Earth observation images ever produced by a European satellite. The first images from CSO 2 are expected to be downlinked within about two weeks of launch.

Ground teams in French Guiana confirmed separation of the CSO 2 satellite around one hour liftoff, as the spacecraft flew over a European Space Agency ground station in Australia.

CSO 2 is the second satellite to join the French military’s CSO series of orbiting reconnaissance platforms. France’s CSO 1 satellite launched on a Soyuz rocket in December 2018, and the third and final CSO satellite is scheduled to launch on Europe’s new Ariane 6 rocket in 2022.

The new CSO satellites boast better global imaging capabilities than their Helios predecessors, and can take more pictures in a single overhead pass than the Helios spysats, according to the French Ministry of the Armed Forces.

The CSO satellites reportedly have a resolution of around 14 inches, or 35 centimeters, from the 500-mile-high orbit. The imaging capabilities of the U.S. government’s spy satellites are classified.

Placing the CSO 2 satellite into a lower orbit allows it to “supply imagery at the highest possible level of resolution, quality and analytical precision,” according to CNES – the National Centre for Space Studies – the French government space agency.

In its low-altitude orbit, CSO 2 could identify the details of a car. The improved imaging quality from CSO 2, flying in its lower orbit, makes the new satellite well-suited for follow-up observations from other satellites in the fleet. CSO 2 could help identify targets and reveal information not visible to satellites in higher orbits, which have a broader field-of-view.

The three CSO satellites are identical, other than an adjustment in the focusing of the optical instrument on CSO 2 to allow it to take pictures from a lower altitude, according to spaceflightnow.com.