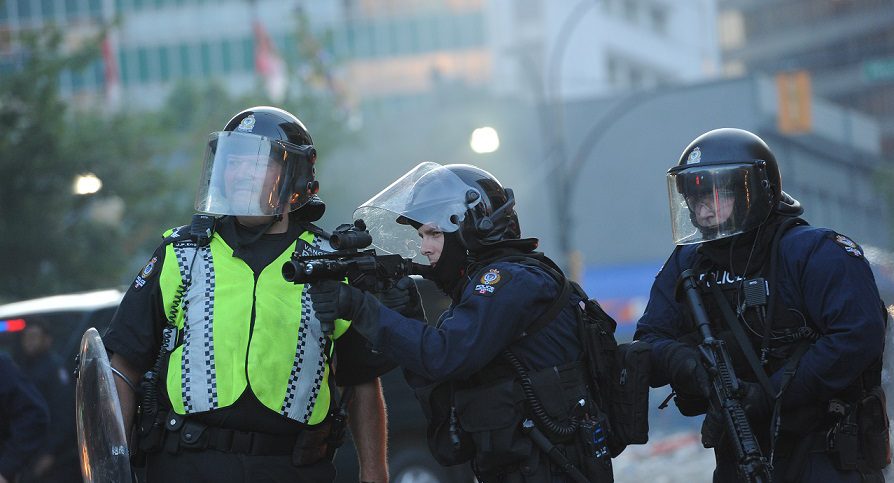 While rubber bullets are only effective out to about 50 meters and, as recent events in the US have shown, can injure or even kill, tear gas has limited effectiveness; a determined individual can fight through the effects. Electroshock weapons like the ubiquitous TASER are far more effective. They overwhelm the peripheral nervous system and even the most violent suspect cannot resist — but only if their electrode darts make a good contact. And their range is limited by the need for wires.

A new non-lethal weapon will fill this gap in the military ‘spectrum of force,’ providing an intermediate option between shooting and shouting. And it could change the balance of power in future riots, according to inhomelandsecurity.com.

With JIFCO funding, Harkind Dynamics’ developed a projectile fire from a 12-guage shotgun and known as SPECTER. It leaves the muzzle at relatively high speed but slows down before impact with a parachute braking system to minimize risk of injury.

Aerodynamic surfaces spin the projectile in flight, making it accurate enough to hit a human-sized target at “100-plus meters” according to the developers.

SPECTER is now in the second phase of development and will deliver a batch of 100 rounds to the US Marine Corps for testing. SPECTER can be fired from any standard 12-gauge, or from an M26 underbarrel shotgun attachment fitted to a rifle so there is no need to carry an additional weapon.