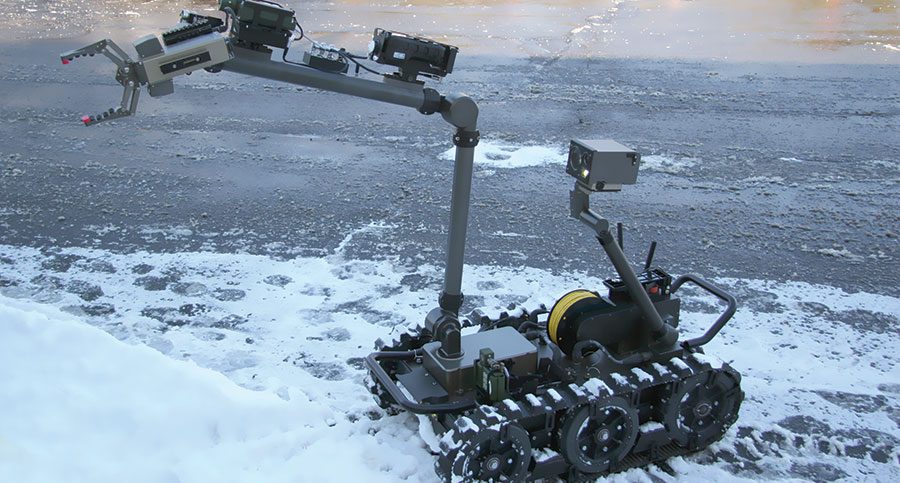 All US military forces will now use a common robotic platform for EOD and CBRN operations. In an era of increased joint service operations in combat zones worldwide, having common equipment can support more standardized tactics and techniques and add new efficiency.

The US Army and Navy have ordered in total more than 160 Centaur unmanned ground vehicles (UGV), plus related spares and accessories from FLIR Systems. The two contracts, totaling $23.5 million, are being sourced through the Army’s Man Transportable Robotic System Increment II (MTRS Inc II) program.

Centaur is a medium-sized UGV that provides a standoff capability to detect, confirm, identify, and dispose of hazards. The open-architecture robot features an advanced EO/IR camera suite, a manipulator arm that reaches over six feet, and the ability to climb stairs. Modular payloads can be used for CBRNE detection and other missions.

Operators can quickly attach different sensors and payloads to the robot to support various missions.

In 2017, the U.S. Army selected Endeavor Robotics, acquired last year by FLIR, as its medium-sized robot provider for MTRS Inc II. The company designed Centaur as its MTRS solution. Deliveries are expected to begin in the third quarter of 2020, according to financialpost.com.