An Israeli groundbreaking technology has brought about the development of a miniaturized drone, showcasing an unprecedented combination of autonomy, miniaturization and artificial intelligence. The system that started its way at the commercial market is currently in an advanced development process for the military/security market.

Most of the personal-use drones are cumbersome and quite large. Backpack portable, they require charging and operation skills. Miniaturized models are expensive, are not fit for indoor activity and their operation is complex.

Selfly, an Israeli groundbreaking startup, was founded in an attempt to fill this gap, by developing a compact, autonomous drone the size of a smartphone, designed for everyone and not requiring special operation skills.

The company is currently attending the 7th batch of the iHLS Security Accelerator. The program has introduced the company’s entrepreneurs with the leading players in the defense industries, studied the requirements and learned how to optimize their response to the market. 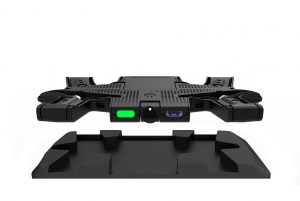 Selfly was established by Hagay Klein, an entrepreneur and the CEO of the company. The team incorporates renowned experts and engineers in the fields of autonomy, machine learning, miniaturization, and image analytics, with proven capabilities in the manufacturing of miniaturized drones.

At first, Selfly concentrated on the civilian market, developing and manufacturing the thinnest drone in the world, according to Klein. The 9 mm thick miniaturized drone weighing 70 gr has been sold around the world as the Smart Flying Phone Case Camera. 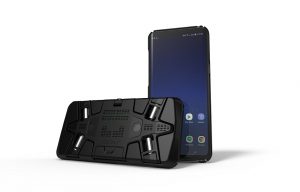 Recently, Selfly has identified a huge need in such products in the defense market, both in Israel and in the US, and is now developing the second generation – ADAM System Solution – combining the latest technology in autonomous navigation. The result is a miniaturized, autonomous drone for equipping combatants, security personnel, etc. The technology is based on deep learning, artificial intelligence, and miniaturization.

The navigation is based on a visual image. The image-guided system can screen any room, building, tunnel or other indoor or outdoor GPS-denied environment – a world-first solution that is not available elsewhere as a miniaturized system.

The system’s SLAM (Simultaneous Localization And Mapping) technology is the process of creating a map using a robot or unmanned vehicle that navigates that environment while using the map it generates.

The drone can operate in a swarm, synchronized with a group of drones. This is achieved through a real-time interface with a remote centralized processor enabling data fusion, such as a collaborative mapping formation and the execution of a joint mission by a swarm of drones. Each drone can be Personal carried as a body-cam, Vehicle or Wall-mounted. 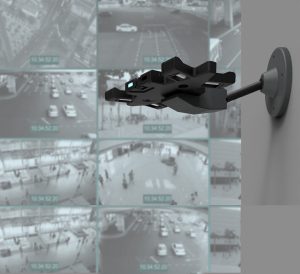 At the current COVID-19 pandemic, the drone can also serve as an autonomous digital thermometer incorporating facial identification capabilities, for public control missions at venues such as at shopping malls entrances.

The miniaturization and operation endurance are central. While the first model weighted 70 gr, the new model for security applications weighs 90 gr. The company is directing its efforts in achieving a lighter, 50 gr system with a 30-minute endurance. According to CEO Hagay Klein, the goal is to further miniaturize the drone and equip it with perfect spatial intelligence, object identification capability, and face integration in a database.

Undoubtedly, this unique technology can have dozens of applications in various fields. Klein says the company’s vision is to become the world’s golden standard in the field of miniaturized, autonomous drones.