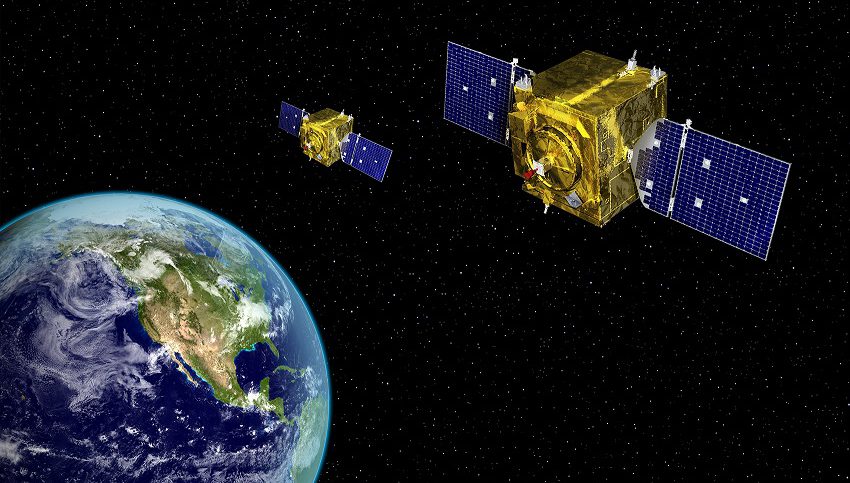 Scientists often require cloud-free views of the world when utilizing satellite imagery. However, nearly 70% of the globe is covered by clouds in any one instant. This is especially true regarding the UK land mass, which is often shrouded in cloud. Now, for the first time, regular satellite mapping of the UK will be provided free from cloud cover. A team from the University of Hertfordshire uses satellite radar imaging to generate detailed images of the Earth’s surface in the more familiar visible and infrared bands. Since radar can pass through clouds, this allows the team to map the entire country on a regular basis, uninterrupted by cloud cover.

The venture originated from work funded by the Science and Technology Facilities Council (STFC) and incorporates techniques developed to analyze the light from distant galaxies. This breakthrough enables a whole new sphere of business opportunities exploiting Earth Observation data. Target customers will include insurance firms, commodity traders, supermarkets and the agricultural sector.

With every image pixel representing a 10×10 meter square of the UK, other applications are already under development. These include: predicting environmental threats such as flooding and wildfires; monitoring coastal erosion; and tracking the impact of climate change on crop growth patterns. Started as a research project, the team will spin out a commercial entity, “DeepEO”, later this year.

DeepEO plans to create a continuously updated ‘living’ Earth Observation database combining land, ocean and atmospheric data. The goal is to apply more innovative analysis techniques to derive valuable intelligence from the data and deliver this to end users, according to hpcwire.com.

“Goonhilly’s deep learning platform has allowed us to massively accelerate time to market. The platform’s phenomenal processing speed has made it possible for us to significantly scale up our models and increase the scope of our analysis. It’s rewarding to see how techniques developed for astrophysics can be applied to Earth Observation data to deliver real-world impact, and we’re excited by the range of possible applications,” said research leader the astrophysicist Professor James Geach.

Thinking Outside the Box – Thanks to Gaming